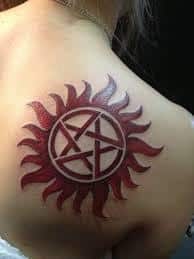 While anti-possession symbols are found in various cultures that harness a belief in magic and the supernatural, the most common anti-possession image is a pentagram, usually encircled by a ring of flames taken from the television show Supernatural. The pentagram is a symbol that was used in Christianity centuries ago, serving as a reminder of the five senses but also the five wounds of Christ. The pious image denoted one as a Christian and under the divine protection of God.

What Does the Anti-Possession Tattoo Mean?

The circle of flames is a solid black that lies just around a pentagram surrounded by an additional circle, broken to show the five black points clearly. The image is tattooed on the chests of the two main characters, brothers Sam and Dean Winchester, and used as a means of protection from being possessed by demons. This has led fans of the show to receive the tattoo themselves as a tribute to more than a decade of lore that it has created.

In most cases, the tattoo is duplicated exactly, in order to maintain the same properties of protection as the original. The television show relies on the Christian template of a just God in Heaven opposed by an evil Satan in Hell and so the symbol protects against demons and evil from the pits of Hell. The five points of the pentagram represents the elements air, earth, water, fire, and most importantly, spirit. The symbol is meant to ground the individual to the earth, keeping them from the unearthly elements of Hell. It is incredibly significant to the plot of the show and the wellbeing of the main characters.

The image can also be designed with large wings, spanning on either side of the symbol. The wings are most often done in thick, black lines as well, keeping in style with the flaming pentagram. The wings are a representation of the Archangel Castiel, another integral character in the show who provides protection to Sam and Dean. The addition of the wings strengthens the symbol, taking another element of protection to enhance the first.

Just like any other image, the Anti-Possession symbol can be tweaked and played around with to fit your very own unique take on the subject. Although this image is a graphic from the television show, Supernatural, the image of a pentagram has a long history. For those of you that are fans of the show, you see that the pentagram is surrounded by what looks like fire. In the television show, the protagonists has this image tattooed on his chest and having this symbol is a way of scaring off or warding off evil spirits.

The two main characters and brothers of the show come in contact with many different deities and are prone to becoming possessed by the evil spirits, which is not a good thing whatsoever. This symbol of the pentagram surrounded by a circle of fire is a great tattoo concept for not only fans of the show, but those who have a special place in their hearts for the darker side of life. Those who are superstitious may also be seen sporting this tattoo, as a way of having a protective symbol from spirits on the other side. If you have decided to get this as a tattoo, there are some things you should keep in mind before getting it done. Down below are some more examples of what you could do to change this image up a bit, or placement ideas for the image.

In the television show where this image is taken from, the brothers have this symbol in thick black lines, almost looking like a tribal tattoo with the waves of flames surrounding the pentagram. This image is a simple one for mostly any tattoo artist to draw up, if you are thinking of adding some color to this piece however, it is a good idea to think of how you will want the color and image displayed. Changing the black flames to red and orange flames for instance can really bring out the graphic all together and make it more obvious that the surrounding waves are flames. Adding this tattoo to your collection of body art looks good with just about any other tattoo. Remember, you do not have to limit yourself to just one color, choose what will really stand out and look great on your skin.

One of the best things about this piece is the fact that it is such a simple design yet it looks intricate and complicated. Because it is such an easy design to sketch out, it can be done literally as big or small as you would like. The brothers from the Supernatural show have this symbol on their chest, if you do not feel like getting this on your chest however and want to pay tribute in another way, the wrist or ankle are other great options. Many people get this on the back of their shoulders or even the back of their necks. No matter where you get this image tattooed, you can not go wrong as to if it looks out of place.

What is the Anti-Possession Symbolism?

Throughout history, there has always been symbols that people have associated with bringing good luck or warding off spirits. These types of symbols are widely known amongst those who have superstitious beliefs. Every religion even has a certain symbol that is associated with warding off evil spirits and these symbols are usually hung or placed around the owner so that whatever it is they are afraid of will not come in to possess their body or cause harm to them. The pentagram is normally seen as a sign of the devil, in the television show Supernatural however, it is a symbol of good luck and protection. If you fall into the category of being a superstitious person, this is a perfect tattoo for you to help protect you against any negative energies that may try to inhabit your body, physically or mentally.

Adding onto this piece is another option that not only makes the tattoo more unique, it is more eye catching and strays off the path of the normal. One idea for instance would be to have angel wings sprouting from both sides of the flaming pentagram. This idea can show that you have a well spiritual leveling almost as if it is the yin and yang symbol. This is simply for the fact that the pentagram which is associated mainly with the devil, combined with the angel wings which is most commonly associated with the heavens, brings out the good and the bad in life. This idea also shows others you have the ultimate protection against the spirit world. Protection and a strong defense is shown within the symbolism of this tattoo.

Dream catchers are another well known and popular symbol and ornament that those of the superstitious type are aware of. The idea of dream catchers is to hang them above your bed or keep them in your room, the webbing of the dream catcher is said to catch all the negative thoughts and bad dreams or nightmares from entering your dream state. Because this is such a powerful image and has been around for a very long time, combining the image of a dream catcher and the anti-possession pentagram can really add onto the piece making it both unique and interesting to look at. Those who see a tattoo such as this whether they are fans of the television show or not will praise you for it and tell you how cool it looks. It is a great conversation starter as well and people from all backgrounds will agree that it is a neat tattoo.

Yet again, depending on the size of the image you have in mind, this tattoo can virtually fit anywhere on your body that you can think of. The simple design is easy enough to really fit on the smaller areas such as the wrists or ankles. If you get another image added onto this one however, you will want to carefully plan the size and where it will fit on your body. Speaking to your chosen professional tattoo artist will also give you a better understanding of what can be done with the graphic you choose. 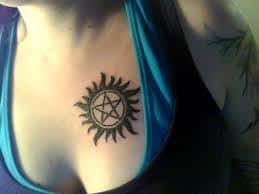 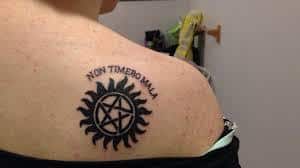 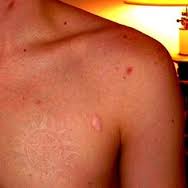 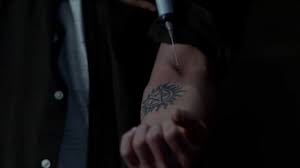 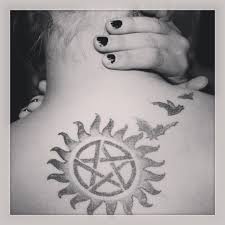 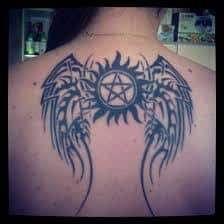 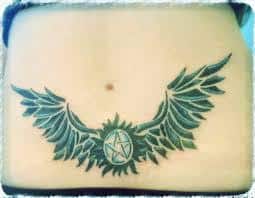 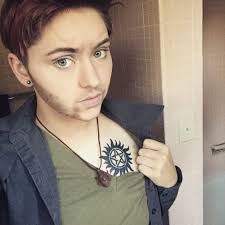 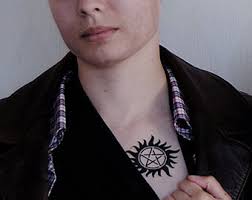 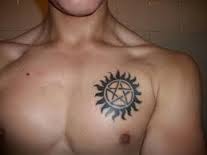 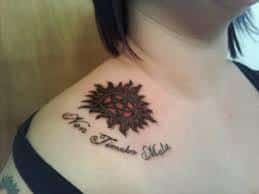 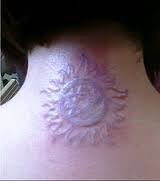 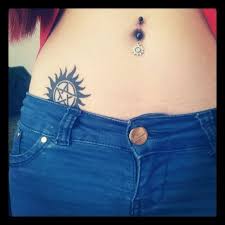 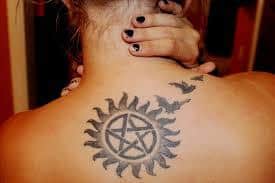 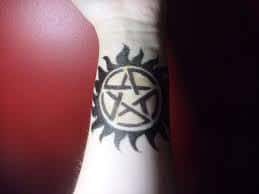 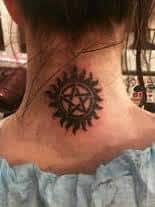 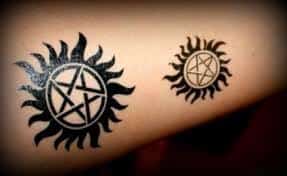 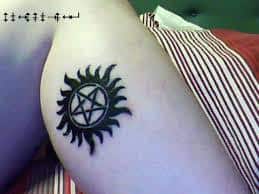 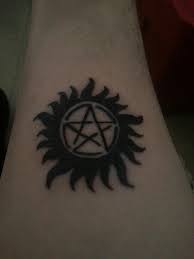 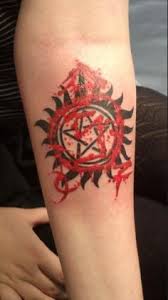 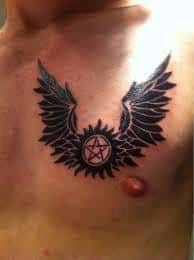 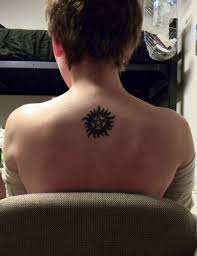 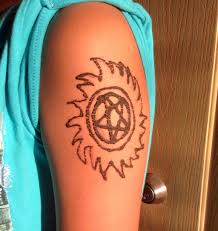 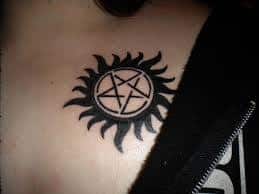