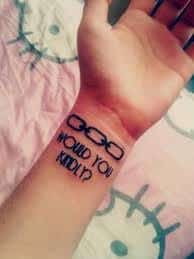 The BioShock video game franchise began back in mid 2007 as a first-person shooter for the Microsoft Windows and Xbox 360 gaming platforms. Popularity rose quickly for the game and began its journey into spreading across other platforms. The following couple years after its initial release date with Xbox and Microsoft, Bioshock was then released for the PlayStation 3 and the OS X. Seven years later, the game is still coming out for different platforms. In 2014, BioShock was introduced to the IOS. As the systems evolved, the PlayStation 3 turned into the PlayStation 4, as the Xbox 360 transformed into the Xbox One. Even in 2016, BioShock’s first-person shooters popularity was at an all-time high, resulting in the franchise to recreate and update the original game and release it for these gaming systems. Due to its soaring success rates, BioShock then unleased two more video games ‘BioShock 2’ and ‘BioShock Infinite’; the third game of the series.

For those who aren’t familiar with this particular game, this three-part series takes place in the 1960’s. the character you take control of during the game is Jack. Jack is on an airplane that crashes in the ocean that ends up leading to an underwater city known as Rapture. Jack comes across other sane survivors of this lost world and must work with them to battle his way out of the isolated utopian city of Rapture. All while doing this, Jack must fight through hordes of monsters which are strapped with a genetic material called ‘ADAM’. This material called ADAM is able to grant super-human powers. ADAM grants the user telekinetic and pyrogenic powers. This material plays a crucial role within the game, your character must fight monsters using this new-found compound.

Tattoo enthusiasts throughout the gaming community have been dedicating apiece of their body to this game in forms of body art. The character himself in the BioShock game has a tattoo on his wrist that many fans have replicated for themselves. This tattoo, depicted in the game, is a three-linked chain on the wrist. Although there are many different theories on this tattoo, one of the most common gamer theories is that this tattoo represents the days that Jack, the protagonist, was held into slavery. Often seen on this tattoo, is the phrase ‘A Man Chooses, A Slave Obeys’. This chain tattoo and phrase symbolized the game as a whole. People who see this tattoo outside of the BioShock gaming community may not completely understand the concept, but no matter how you look at it, the occupant of this tattoo is saying you either choose to live within the bounds of the system as a slave, being controlled by a government, or you can ‘be a man’, standing your ground, and choose your own fate outside of the system. BioShock being a role-playing game where you make certain choices that ultimately leads to how your character progresses or digresses, the phrase and wrist tattoo explain it all.

The wrist chain tattoo isn’t the only idea that gamers have come up with. Throughout the game, the player gains certain ‘powers’ and attributes, for the character to defeat its enemies with. These super powers are called ‘plasmids’. Each plasmid has a different effect, or power. To tell each plasmid apart, they may have for example, a lightning bolt or a flame attached to signify each ability. Getting a tattoo of one of these plasmids, or perhaps all of the available plasmids, is another neat idea if you are thinking of getting a BioShock tat. Seeing these plasmids tatted on someone’s body, most notably on the forearms, immediately draws attention to those who are familiar and aware of the game. Many tattoo and BioShock enthusiasts have added color to their ‘plasmid tats’ as well. Since all of the plasmids represent a different element, such as the flame representing the element of fire, the tattoo of each plasmid is colored in accordingly. The fire plasmid is red, where the lightning bolt plasmid would be a yellow. This array of colors sketched on someone’s arm is not only a great conversation starter but pleasing to the eye giving the effect of positive energy.

The BioShock tattoos come in all forms. Whether you want the most popular of them all, the wrist chains, or you want one, or all, of the plasmids, the designs are simple and your tattoo artist should have little to no problem sketching these up for you. Maybe you’re a super fan of BioShock and these tattoo designs are too common for your taste. You want a BioShock tattoo that will, well, shock people when they see it! Have no fear, BioShock is filled with crazy and complex art. The characters themselves are so deeply detailed, they make great for body art. A character that everyone knows in the game is ‘Big Daddy’. The Big Daddies of the game, are genetically mutated humans that possess the compound ADAM. These figures are giant mechanical like creatures that are embodied in a steel diving suit. Equipped with a rivet gun, a giant drill for an arm, and a rocket launcher, these dark, cartoony characters are pretty cool to look at. If you know the game or not, seeing this character tattooed on someone’s skin will instantly leave you awestruck.

Gaming Tattoos are always a fun idea. When an individual decides on getting a tattoo based on a video game, it is obvious that this particular game meant a lot to the person. BioShock has such a great story plot and so many twists and turns within the gameplay that the user really gets sucked into a fantasy world. Not only does the game hold an incredible story line, getting a tattoo pertaining to this video game opens up a gateway of new friendships. There’s nothing like being out in a public place and having another fan recognize your body art, it’s always a great conversation starter. You never know, you could end up finding your next gaming partner by showing off your new BioShock tattoo!