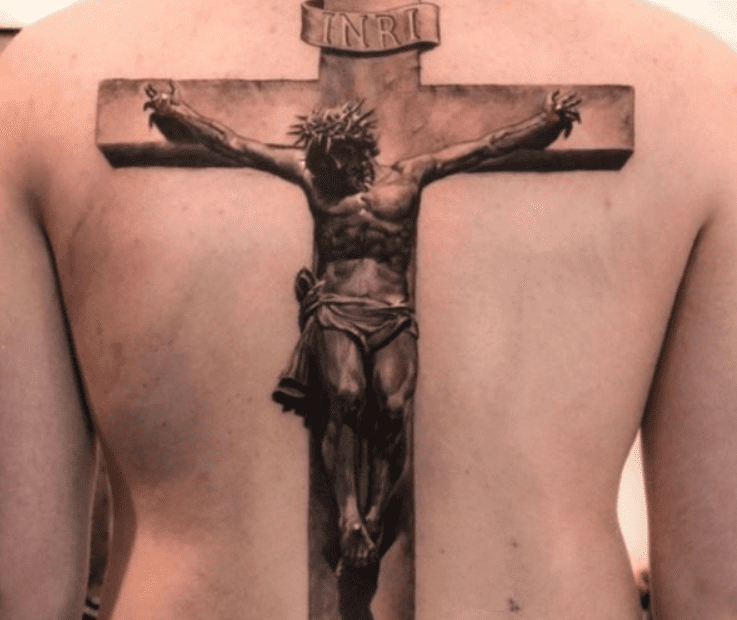 Can we go to Heaven with Tattoos?

Religion is a topic that many choose to avoid while conversating with others. Generally, people have their own opinions one what religion means to them and where you end up after you pass. ‘Heaven’ to one person might mean something completely different to another person. From Catholicism to Islam, most religions believe in some sort of afterlife which brings us to the question that is often asked, “Can we go to heaven with tattoos”.

The History of Tattoos and Religion

People have been getting tattoos for over 5,000 years. Tattoos are common everywhere these days. From the housewife in Montana, to the rugby player in New Zealand, tattoos have spanned the world. That said, the writers of the Hebrew Bible said tattooing was not allowed and you can see this in Leviticus 19:28, “You shall not make gashes in your flesh for the dead or incise any marks on yourselves”.

While this statement might look damning, there was a different understanding of tattoos in ancient times. When written, this bible verse was aimed at those would follow pagan ways. Scholars state that this bible verse about incising marks is preceded by words that clearly relate to mourning.

Tattoos were often used to mark enslaved people in ancient Mesopotamia. In Egypt, slaves were branded with the names of different gods that would mark them as being the property of the pharaoh or a priest.

Scholars also suggest that the Torah had banned tattoos initially because it was “the symbol of servitude.”

There is another passage in the Hebrew Bible that sheds a different light on the art of tattooing. Isaiah 44:5 talks about Jacob’s children committing themselves to God. It states,” One shall say, ‘I am the LORD’s’… Another shall mark his arm ‘of the LORD.’” In this case, it seems that tattooing is allowed if in submission to God and not a human master.

As stated above, much of the interpretation on tattooing is left up to the person reading the bible. We talked about versus that seemed as if tattooing was frowned upon in Christianity, but other passages that seem to be more specific about the use of tattoos.

Scholars that claim tattooing is looked at as a sin often refer to hadiths like the one by Abu Juhayfah that say, “The Prophet cursed the one who does tattoos and the one who has a tattoo done.” The reasons behind this are not mentioned. Scholars will also point to passages in the Sahih Bukhari that have various arguments and possibilities.

– When getting a tattoo, you are mutilating the body and in turn, changing Allah’s creation.
– You introduce the chance of infection and cause unnecessary pain.
– They can be considered a form of deception as you cover the natural body.

Traditionally, tattooing is forbidden. Arts like henna are generally no frowned upon, nor the tattoos of those who have converted and already had tattoos.

That being said, there are no specific Islamic versus that discuss tattooing. However, many believe wudu (the purification ritual) cannot be done if you have tattoos and because of this, you wouldn’t be able to pray. People that argue against this idea will say that the tattoo is under the skin and therefore doesn’t prevent water from touching the skin when purifying before prayer.

We must ask ourselves; how far does this go? Is it changing Allah’s creation by dying your hair, piercing your ears, getting braces, having your teeth whitened or having rhinoplasty? Some might say these actions are ok because it isn’t permanent, and anything permanent is considered haram.

Generally speaking, tattoos are forbidden in Judaism. This is based on a passage in the Torah in Leviticus 19:28 that states: “You shall not make gashes in your flesh for the dead, or incise any marks on yourselves: I am the Lord.” Contemporary rabbis will explain this as a general prohibition on modifying the body (the exception being circumcision). If it doesn’t serve a medical purpose, it is not allowed. As with Christianity, the forbidden nature of tattooing is a direct response to paganism.

Conservative Jews disagree with Orthodox Jews in that they believe that the one receiving a tattoo is blameless. They point to the verse of the Shulchan Aruch (Yoreh De’ah 180:2): “If it (the tattoo) was done in the flesh of another, the one to whom it was done is blameless.”

In most parts of Judaism, having tattoos doesn’t prevent one from being buried in a Jewish cemetery or to fully participate in all the rituals at synagogue.

That said, there are some restrictions on what can be tattooed if you’re looking to adhere to Buddhist ways. Any image of Buddha or other religious figures being tattooed that don’t comply with the respectful displays of tradition are not looked kindly upon.

In all, much of the ideas of tattooing in religion to answer the questions, “can we go to heaven with tattoos”, are left up to those interpreting the text. As in many things in our life, there can be passages and versus found that will back up our ideas of what is true or not. Like in Christianity, you can find Bible versus that seem to frown on tattooing, while others don’t look as bad.

However, if this article doesn’t answer your questions about the specific religion, you’re looking for, we recommend talking to someone in high standing in sed religion. These people will be better able to answer those questions. The other option is to use your time and research for yourself. In all, being a good person is a sure way to get you to a good place.