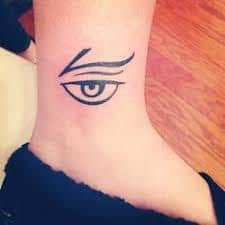 A Series of Unfortunate Events is a 13 novel series for children, and adults alike. The author of this series name is Daniel Handler, but uses the pen name Lemony Snicket for the Series of Unfortunate Events. Within the series, we read about three children who, in the first novel, are left as orphans after a fire consumed their parents mansion with the parents inside. The death of the three children’s parents left them traumatized and left with nowhere to stay or anyone to live with. We soon find out that Violet, Klaus, and Sunny Baudelaire have a relative that they never met, and they never heard of, or even knew existed.

After finding out that the Baudelaire’s parents were killed in the tragic accident and the three children were left an enormous fortune, the relative known as Count Olaf decided he would bring them in to live at his house. A murderous type of guy Count Olaf is, and from the beginning, he makes it very clear to the children that he does not love or care about any of them, he just has his eyes on their fortune. Constantly trying to keep the children into his possession for the sole purpose of being able to steal money from them when they become of age to inherit the cash. Scheme after scheme, Count Olaf does completely absurd things to the children. He even goes as far as trying to trick the eldest of the children Violet, to marry him as a way of getting the money. Although this is completely disgusting, an old man, relative at that, trying to marry an innocent 14 year old girl, his plan fails miserably.

Count Olaf throughout the series never gives up. He gets help from his loser friend accomplices to carry out his evil deeds. Count Olaf not only tried to trick Violet into marrying him, he also commits murders, arson, and other crimes. The villainous Olaf even fakes his own death in one of the novels and tries to frame the children of this. As each scheme is put into action, the children always stay a step ahead of Count Olaf and always get the best of him.

Since the first book of the series came out in 1999, popularity seems to keep rising. More and more fans are being turned onto A Series of Unfortunate Events, all the time. This rising fan base can be thanked to the hard work and dedication of the author, and also for turning this series into not only a movie, but as of very recent, a television show based on Netflix. The movie that came out in 2004 consists of Jim Carrey, this added a bit of hilarity to go along with the dark tale. As of early 2017, the role of Count Olaf was then transferred to the comedian, Neil Patrick Harris. The novels, movie, and television series are all great pieces of entertainment and is highly suggested.

Count Olaf is described as being a tall, thin, older man with a unibrow. He has poor hygiene habits, a wheezy voice, and perhaps the most notable part of his appearance, is his ankle tattoo. One of the first characteristics that is mentioned in the first novel, is how Count Olaf has a strange, left ankle tattoo. This ankle tattoo was of what seemed to be an eyeball with a stern looking eyebrow swooping down in a V shape. As each novel ends, Count Olaf is always finding some sort of way to escape from being arrested. In the beginning of every book, Count Olaf is up to his dirty business. Sometimes, he will disguise himself as for example, an old lady. This is to fool the adults who are in charge of finding the Baudelaire’s a home, and to also use as a ‘sneak attack’ to capture the children. The Baudelaire’s almost always recognize that it is Count Olaf dressed in disguise, the left ankle tattoo of the eye is the reassurance that it is indeed, Count Olaf.

Since the beginning of the first novel, the Baudelaire’s were constantly asking what happened to their parents. As far as they are told, the children’s parents were burned alive in the fire that burnt down their home. Constantly asking the question of what happened and how did the fire start, they begin to uncover very interesting pieces of information that eventually leads to the truth. The children discover the initials V.F.D and in the novels, they try to figure out what the initials stand for. Volunteer Fire Department is discovered as the initials of V.F.D. As the story and novels go on, they learn that V.F.D was a secret group of people. Almost like an agency, members of this group all have the tattoo of the eye on their ankles. It’s then realized that the eye actually has the initials V.F.D within the design. The Volunteer Fire Department did things such as being professional spies in espionage, communicating through a series of morse code, helped prevent crime, and protect and serve as a unit. Although there is no indication of what this organization really did, there is as described, many members of this group. It is then said that Count Olaf blames the Baudelaires parents for killing his own parents by committing arson and burning Count Olaf’s parents house down. This gives the reader a big jump at the heart when they realize Count Olaf was the cause of the fire.

If you are a big fan of ‘A Series of Unfortunate Events’, then this may possibly be the best tattoo idea you can get to show respect to your favorite series. Just like Count Olaf has his tattoo in the novels, tattoo enthusiasts have been seen sporting the same one, in the same spot on their left ankle. For those that know of the novels and television show/movie, they will recognize this piece as Count Olaf’s V.F.D ankle tattoo. This tattoo is a great conversation starter, and the V.F.D written within the design is something you can even bring up to add onto the creativity of this piece.