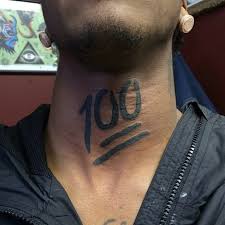 Considering that just about everyone on the planet uses emojis these days, it shouldn’t come as too much of a surprise that many people want to show off who they are through emoji tattoos. These little faces and symbols give people an easy way to show who they are without taking up too much space on their bodies. On this page we will take a look at why emoji tattoos have become such a craze and some of the most popular ones that people are getting.

What’s really interesting about emoji tattoos is that it is far easier to define who you are through these designs than it is with most other images. That is especially true with emoji expressions since anyone can look at that expression on the face and recognize what type of person you are. This is fantastic for people who do not want to get a more complex image that some outsiders will not understand.

The fact is that there are thousands of emoji tattoos that you can choose from these days. You can very easily sift through those images and find one or more of them that define some of your characteristics. Some people will find that just one emoji is enough, while others might go all out by getting sleeves of emojis to give a complete look into their personalities.

Emoji tattoos are also quite popular because they are easy to tweak so you can make them your own. Most people will use the popular emoji images from their mobile devices to start out with, but then some might change a line or two in those images to make them unique. This is up to you, of course, but it’s great that people have the option to very easily turn their emoji tattoos into designs that no one else has.

At this point emoji tattoos are still attention-grabbers, which is yet another reason some people choose to get them over other tattoo designs. You can be sure that if anyone sees your emoji tattoo, they will stop to get a closer look since it’s not what people expect to see in this form. This is true even if you have one of the very basic emoji expressions, such as the smiley face or the frown.

Yet another reason why emoji tattoos are so hot right now is because most of them can be made in 30 minutes or less. It is very rare that someone has to sit in the tattoo artist’s chair for a long time while getting emoji designs.

Easily the most popular emoji tattoo out there is the happy face. You can go in many different directions with your happy face emoji tat, but the meaning behind it is generally the same regardless of design. This expression shows that the person is either happy with their lives or they are striving for happiness in their lives. Sometimes the happy face emoji is the lone image in the tattoo, while other times it is included in larger designs to make the meaning of the piece a bit clearer.

Other popular emoji tattoos include the alien, the poop, the cool (sunglasses), the devil, the moon, and the skeleton. These are often some of the first emojis you’ll see when you look at your phone, which makes them quickly recognizable when seen in tattoo form. It’s best to get one of these when they actually mean something to you, but some folks will get them simply because they think they look good. It’s also possible for two friends to get matching emoji tattoos when they often use specific emojis in their messages to each other.

Since emoji tattoos are generally quite small, some people choose to get multiple emojis to show off the different sides to their personalities. These can be lined up down the arm, down the leg, across the ribs, or pretty much anywhere else on the body. If you do plan on going this route, be sure that you are going to be happy with all of the emojis that you’re getting before committing to the design. Don’t just get a bunch of them because you need to fill in some space.

Many people opt to get just one emoji tattoo because it is the perfect size to put on the neck, the wrist, or some other smaller area of the body. This is a great option for people who find that there is one specific emoji that defines them better than all of the rest. Even though most people keep these designs small, in some cases they are enlarged to show just how meaningful they are.

Emoji tattoos are the types of tattoo designs that you will really want to think over before you commit to anything. The fact is that emojis might not be “cool” in a few years, making some people regret their decision to get one of these designs. Of course, at the end of the day most emojis are just expressions on cute faces, so chances are you won’t regret getting one as long as it does have a significant meaning to you.

If you do decide to get an emoji tattoo, then you will want to think long and hard about where you will have it placed. If it’s the type of design that tells people who you are, then you might want to get it placed on a more public location, such as your forearm or wrist. If it is a private tattoo, then your knee, your ribs, or some other location that is hidden away might be best for you.

If you think that emoji tattoos are the perfect way to tell others who you are as a person, then chances are you will have no regrets about getting one or more of these designs. They do a great job of telling outsiders exactly who we are through simple images and expressions, so they are actually great tattoos if you want these meanings to be clear. 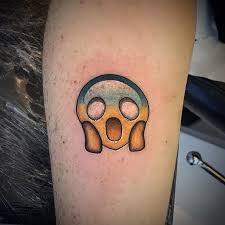 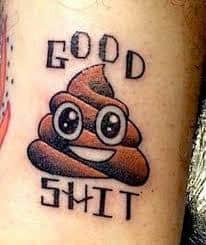 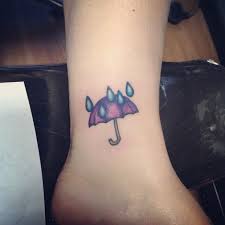 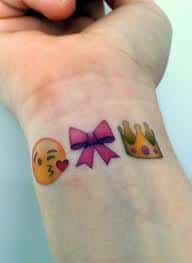 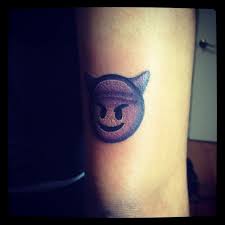 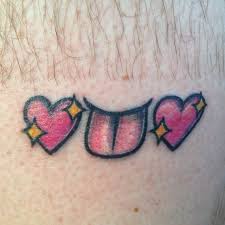 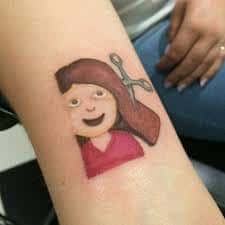 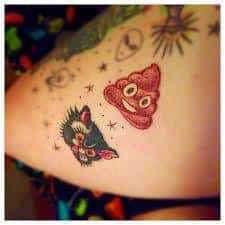 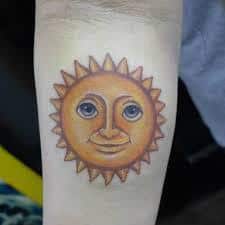 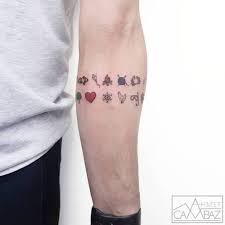 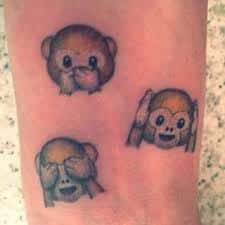 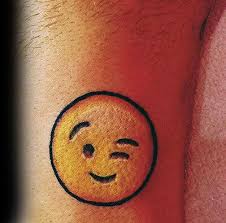 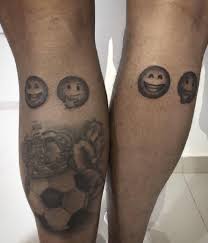 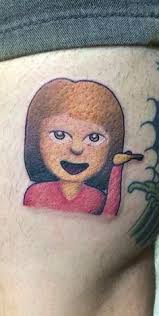 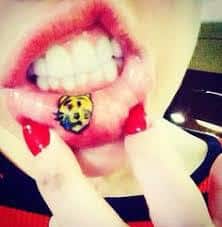 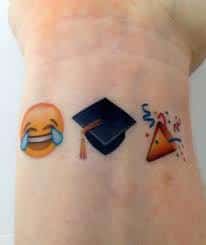 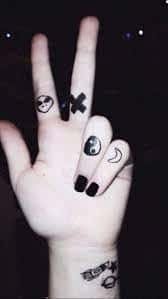 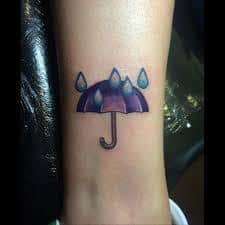 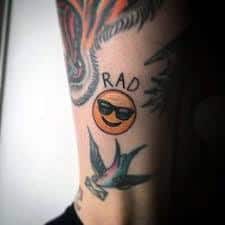 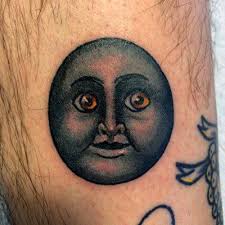 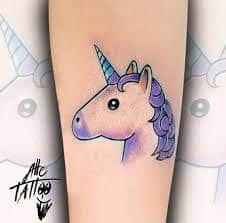 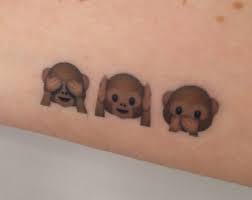 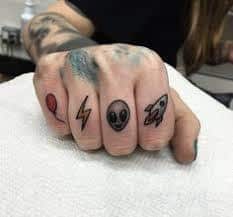 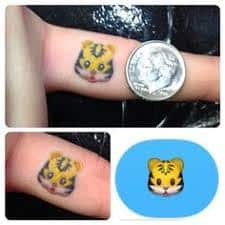 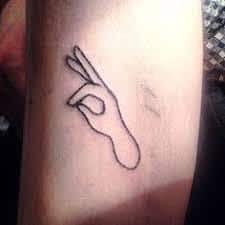 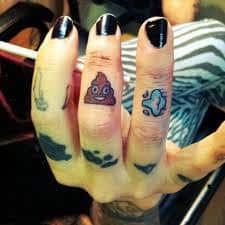