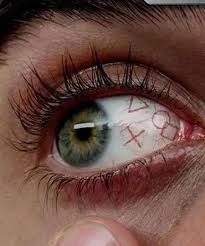 It might seem completely bonkers to some – perhaps it is – but there are plenty of people who have gotten eyeball tattoos and plenty more who are thinking about getting them. Are you thinking about getting an eye tattoo? Well, take a look at the information below to see if it really is the right type of tattoo for you.

Eyeball tattoos, also known as scleral tattoos, is the process of getting ink tattooed into the whites of your eyes. This is a 100 percent permanent tattoo that will forever turn the whites of your eyes another color. The darkness can fade a bit, but the ink stays on the scleral just as it does on any other part of the body. Anyone who decides to get an eyeball tattoo has to realize beforehand that they will never again have white parts of their eyes.

There are two main types of eyeball tattoos: those that spread into unique patterns and those that cover the entire scleral area. The patterns are formed by making multiple holes in the eye and allowing the ink to spread around in unique ways. The other method is to simply inject a lot of ink into a single hole allowing the ink to cover the entire area. The single hole method is the most common method since it is less complicated and comes with fewer risks.

If you’ve never heard of this and it seems like a crazy thing to do, well, some people think it looks great. And hey, if it makes them happy, who are we to judge? It gives people that “wild” look that might make some folks feel more complete, and there’s nothing wrong with that. Or maybe they just don’t see it as that big of a deal and they are willing to take the chance on it. Whatever it is, more and more people have been drawn to this type of tattooing in recent years.

One of the main reasons why people decide to get eyeball tattoos is because they know that these types of tattoos will make them stand out from the crowd. Anyone who catches their newly-colored eyes will most definitely hesitate before they move on with their lives. Chances are they will be thinking about those eyes long after they have stopped looking at them. This attention is exactly what some people want to get when they get their eyeballs tattooed.

Some people want to get tattoos that are different from all of the ones they see every day, so they decide to go down this road. The fact is that a much higher percentage of people get tattoos these days, so it is kind of difficult to find a place or design that is different from all of the other ones. While it’s true that quite a few people have gotten eyeball tattoos over the last five or so years, it’s still not very common at all; that’s intriguing to some people who simply want to get a different type of tat.

Are eyeball tattoos dangerous? Well, it depends on who you ask, but most will agree that there is at least some risk that comes with getting a scleral tattoo. The tattooist is literally poking holes in the eye, and there can be a number of side effects from that. Not only can the eye reject the ink, but those parts of the eye can fail to reconnect, which can cause even more problems. Obviously the risks are heightened if the person doing the work has little or no experience working with the eye. DO NOT get your eye tattoo done by someone doesn’t have experience doing eye tattoos!

Let’s be clear, the eyeball tattoo has only been tested on and only really works on the scleral part of your eye. It absolutely is dangerous to get an eyeball tattoo on any other part of your eye since, you know, needles shouldn’t go there! In fact, there is an extremely high chance of blindness if any part of the tattooing goes wrong and the chances of blindness skyrocket if any other part of the eye is touched with the needle.

Eyeball tattoos used to be far riskier than they are now, but doctors and tattooists have learned some techniques to minimize the risks. For example, it’s much more common now to put the needle into the scleral at an angle to hit fewer delicate areas. It’s also less common to use more than one or two injections, which definitely lowers the risks of damaging the eye permanently.

If you are thinking about getting your eyeballs tattooed, then you will really want to sit down with anyone who is close to you before you commit to it. Unlike most other tattoos, the eyeball tattoo is going to be the first thing people see when they meet you. It will be harder to get or keep a job, and you can’t take it back. If you are patient with this decision and still think that an eyeball tattoo will add something to your life, then by all means get one!

If you are thinking about getting an eye tattoo and want to “test it out” beforehand, there are some scleral contacts out there that will give you a similar look. This is actually a great idea for anyone who is on the fence about it since it can replicate the look of the eyeball tattoo. Just find the color that you are thinking about getting and then wear them around for a few weeks to see if the eyeball tat would be a good idea or not.

As long as you understand the risks of the eye tattoo, are sure it will add something to your life, and you’ll be happy with it for the rest of your life, then there is absolutely nothing wrong with it. It’s definitely a unique tattoo to get and, while it’s still considered to be an experimental procedure at this point, it might hit the mainstream sooner rather than later. 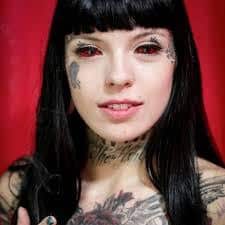 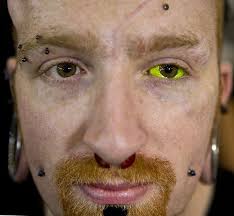 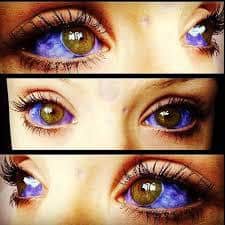 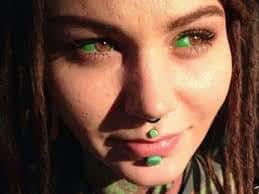 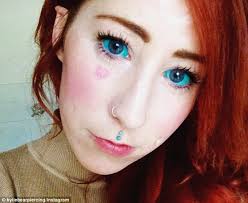 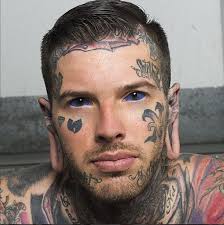 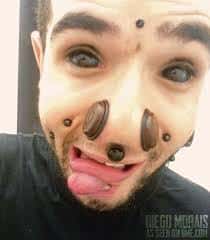 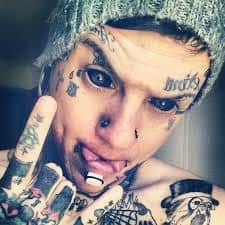 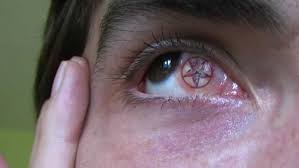 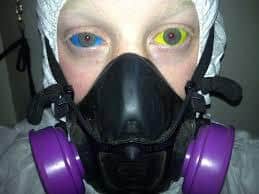 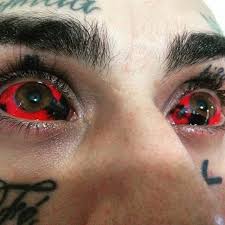 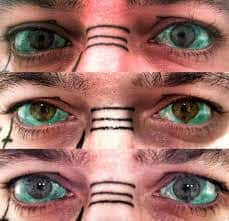 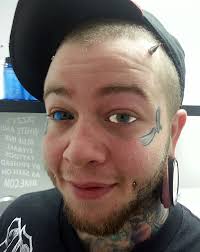 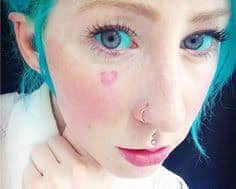 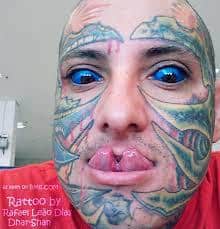