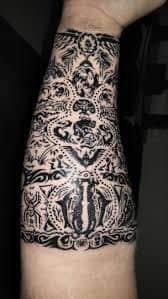 Far Cry 3 is a first-person action-adventure video game developed and published by Ubisoft and Ubisoft Montreal. Although Far Cry 3 is the third game in the series, neither the first or second Far Cry games are linked together, each game has different characters and narrative plot lines. One thing is in common amongst all three of these games, they are all action packed and will leave you with hours of entertainment. Far Cry 3 was released to the public on November 29th, 2012 in Australia, November 30th in the United Kingdom, and December 4th throughout North America. An expansion to this game titled ‘Far Cry 3: Blood Dragon’ was also released on April 30th, 2013, just a year and a couple months after the third Far Cry game was brought to light.

Jason Brody, the main character in the game and the character that you control during gameplay, is on vacation with a couple of his friends. The group of adventurists are on the Rook Islands celebrating Jason’s younger brother’s success on earning his pilots license. In order to celebrate a pilot’s license, you must go skydiving in the tropics! The group of friends ends up landing on a pirate infested island where they are quickly takin for prisoners and are in the process of being sold as slaves. Jason is able to just barely escape, he is then rescued by a man named Dennis. Dennis is a member of the islands native tribe, the Rakyat tribe. Dennis realizes how strong Jason is and immediately recognizes his potential in becoming a great warrior within this tribe. Jason is then given the ‘tatau’ (tattoo) that symbolizes and represents the Rakyat tribe. From this point forward, Jason works with his new group and completes missions for them. While helping the Rakyat tribe take back the island that was rightfully theirs until the pirates stole it, Jason searches and rescues for the remaining few friends of his that were left imprisoned.

Within the game Far Cry 3, the protagonist gets multiple tattoos. These tattoos reflect the characters experience points and progress through out the course of the game. As more missions are accomplished and as you go about the storyline, the tattoos on the character Jason spread throughout his body. If you are deciding on a Far Cry 3 tattoo and would like to get a piece that displays the warrior tattoo the Rakyat tribe has, expect it to be a pretty intricate and large piece. The character in the game starts out with a tribal style tattoo on his left arm. The most popular place fans of this game get this tattoo inked on them is there fore arm. This intricate tribal tattoo is unlike any other. With symmetrical patterns and designs within the piece itself, there is a lot going on. Spiders, skulls, sharks, daggers, and snakes are just a few images within the Rakyat tribal tattoo. All woven together with the classic tribal tattoo art interlocking between each image, the symmetry is the main key if you want your piece to look legit. Although this tattoo in the game starts out on the characters fore arms, if you do not feel comfortable getting your fore arms tattooed, there is no worries. As the game goes on, the tattoo on Jason’s fore arms spread to the rest of his body. This idea leaves space for the tattoo consumer to kind of pick and choose which piece they would like and where they would like the placement.

As mentioned, the Rakyat tribe tattoo has many different symbols and images of animals within the design. During the game, as you progress and complete more missions, you receive and discover ‘relics’. Each relic has its own special ability and when acquired, it makes your character not only stronger, but enhances the gameplay and skill level of the warrior. These relics are also a cool idea for a tattoo, especially if you do not want to get an entire sleeve dedicated to just the game, or do not have enough space left on your inked-up body to squeeze it in.

The Spider Relic within the game is acquired by collecting little emblem like spiders throughout the game. These relics are usually found in areas where climbing and scaling walls is required. This relic once it has been gained by the user, is then inscribed within the characters Rakyat tattoo. The sign of the spider indicated stealthiness and the ability to move quickly without being seen or heard by enemies. This is a popular piece to get for your Far Cry 3 tattoo.

The Heron Relic is another important relic. This relic focuses mainly on how your character uses his weapon. When acquiring the Heron relic, it enhances the range you can take down an opponent. The graphic of the Heron is a long beaked bird with a long and skinny neck folded into itself. This relic represents your skill with a gun. How fast you can scope an opponent, how steady your aim is, and your ability to soar through the air on zip lines and other devices, giving the effect of a deadly predator in the sky.

The Shark Relic is one of the most important relics to acquire in the game Far Cry 3. Once the Shark relics are found, it gives the character more health. Not only does it raise the health meter on your character, it makes the character stronger as well. A form of body armor embodies the character, since sharks are naturally heavy hitters with thick armor like skin, it only makes sense that the Shark Relic would give you super strength and incredible healing factors. A tattoo of this Shark relic could represent your strength and stealthiness, a will to push forward.

Whichever Far Cry 3 tattoo you decide to get inked on you, the most popular spot for these tattoos more than often starts on the arm. Whether you are a super fan of this game and want to get an entire sleeve dedicated to the adventure game, or you want to keep it simple with a relic or two, no matter what, seeing these designs are attention grabbers and great conversation starters! 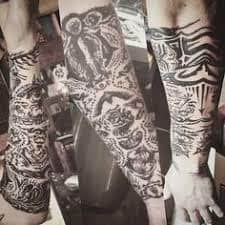 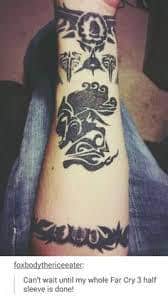 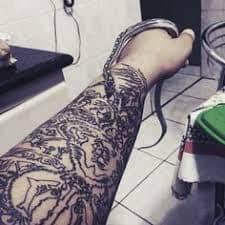 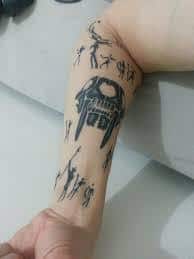 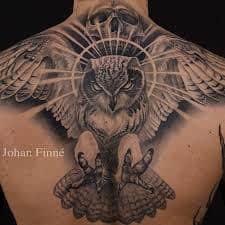 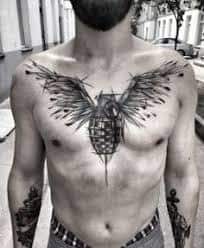 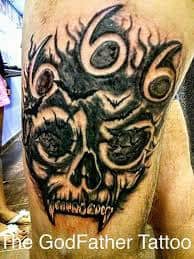 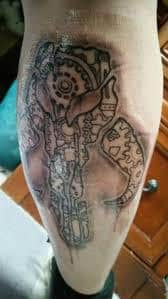 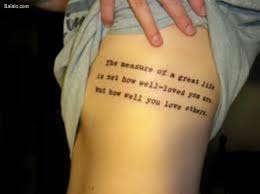 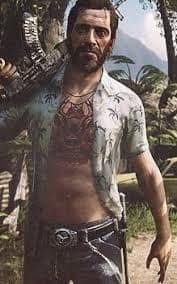 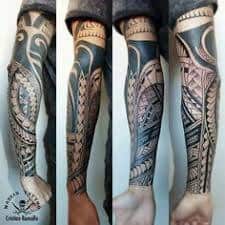 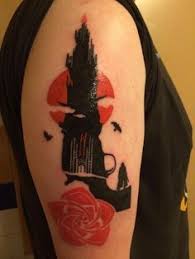 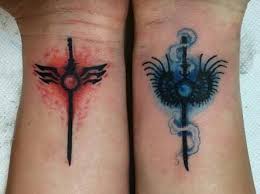 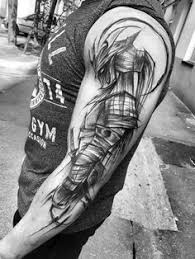 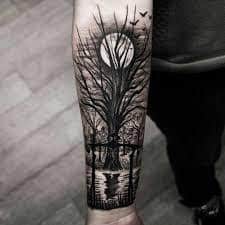