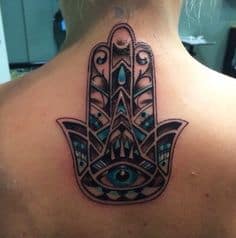 The object of our desired tattoo is the hamsa today. The hamsa is a beautiful and unique symbol with a great deal of meaning that spans many cultures. You wouldn’t be making a mistake if you chose to get this tattoo. That hamsa has bold lines as well as intricate ones. It is a very noticeable tattoo so when someone spots it, expect to have a conversation.

In this post we are going to be talking about the hamsa tattoo symbol and talk about the meaning associated with it. The meaning might change depending on the culture and part of the world you get this design tattooed. We will also talk about some of the different variations of the hamsa tattoo and if there are any different meanings in these variations. You should learn a few things by the time you are done reading this.

What is a Hamsa?

The hamsa symbol is a beautiful design that is backed by traditional and cultural values. It is depicted as a hand with an eye, or other symbol in the palm. When it comes to the hamsa tattoo, it can hold these meanings (or many others), but it can come in plenty of designs. These days, people like to get a unique hamsa tattoo and they will use one or more meanings that encapsulate who they are.

Hamsa means “five” in the Hebrew and Arabic languages. This five symbolizes the five fingers on a hand and the five senses that human beings have. In a way, a hamsa tattoo can represent humanity as a whole when given these meanings. When someone does use the five fingers and five sense meaning, they might feel like the hamsa tattoo holds just about any meaning that they want to give to it on any given day.

Many believe that the hamsa symbol represents protection, bravery, confidence, calm, or all of the above. Someone who is both patient and protective might find that the hamsa tattoo is the best design for them since there aren’t too many other tattoo designs that can hold both of those meanings simultaneously. These people are usually the ones who are bit quieter than others but are willing to come out of their shells when they are needed.

The inclusion of an eye in a hamsa tattoo design is meant to symbolize protection. It is often referred to as the eye of Horus, which means you are always being watched by an all knowing presence and cannot escape your own conscience. The eye could be either a religious symbol or it could mean that the owner wants to look after the people that they love. Often this design is done in black and gray with the eye being the one part that has color. This is one of the most classic hamsa designs, so some people will get it solely for its unique look.

In Islam, the five fingers represent the five pillars of Islam: Shahadah, Salat, Zakat, Sawm and Hajj. In Islam the hamsa is also referred to as the Hand of Fatima, to memorialize Muhammad’s daughter Fatima Zahra. Usually it is tough to differentiate this hamsa tattoo from the other hamsa designs, which is why some Muslims will add in other religious images or scripture to make the meaning clearer.

In Judaism, the hamsa represents God’s presence in all things in the world. The five fingers remind the wearer to use all five senses in prayer. Many also believe it depicts the five books of the Torah, which gives the tattoo even more meaning to the owner. It is also referred to as the Hand of Miriam, who was the eldest sister of Moses. While there are plenty of hamsa tattoo meanings, people of Jewish faith see the tattoo as one of the most meaningful when it represents these things.

In the Christian religion, they believe the hamsa to be the hand of the Virgin Mary. In this regard it symbolizes power, strength and femininity. Christian men can also get the hamsa tattoo, but it holds just a little bit more meaning when a Christian woman gets one. Often times tattoos of the hamsa on a Christian wearer will incorporate the Jesus fish symbol unto the outer lining of the eye.

No matter the religious background, many wearers of a hamsa tattoo believe it offers security as well as protection from all evil and ill-wishers. Many also choose to adorn themselves with this tattoo as a sign of fortune or good luck.

While the hamsa is a classic religious tattoo, these days people get a hamsa tattoo for a number of different reasons. They might like that it has multiple religious meanings, but they might eventually decide on one of the many hamsa tattoo designs based on the other meanings they hold. It doesn’t hurt that it is a tattoo design that can be incorporated into a bigger tattoo or it can have multiple other designs inside of it.

As far as color goes, the owner of a hamsa tattoo can choose just about any shade that they like. There is no meaning lost regardless of the color, so this is just another way that the hamsa tattoo can be personalized to fit the owner’s tastes. In fact, black and gray hamsa tattoos are extremely popular right now, as are hamsa tattoos with just a little bit of color on the edges.

The hamsa tattoo is well known but it can be changed to just have a different look. In addition, people will add other symbols around the hamsa to reinforce whatever meaning they are looking to get out of it. Below are a couple examples.

The hamsa tattoo with a flower in the middle is another way to make this tattoo look even better. To add a floral pattern to a tattoo might add to the meaning that is already there. All flowers are very symbolic so when you choose you flower to add, make sure it is one that makes sense for you.

The traditional hamsa tattoo is just another style of tattooing. You can still have the meaning of the hamsa tattoo while getting a tattoo that might fit the style of the tattoos you already have. We’ve seen nautical signs added to this tattoo which might add to the luck of the hamsa out on the open water.

Hamsa with Star of David Tattoo

The hamsa tattoo with the Star of David worked in is a great way to get back to those Hebrew roots. It’s just another way to reinforce the symbolism of the hamsa image by adding something that fits quite well with the theme.

If you think you want to get a hamsa tattoo and get creative with it, find and artist you feel comfortable with. Your artist will sit down with you and help you create your vision and then put it to skin. If you are having trouble finding the right artist, let us know. We understand it isn’t always easy to find the right tattoo artist so let us help by offering a recommendation. 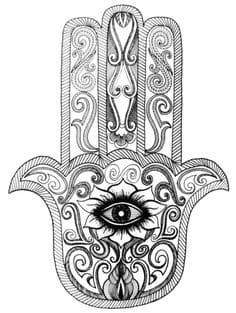 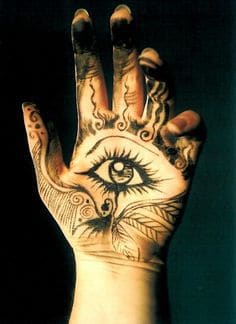 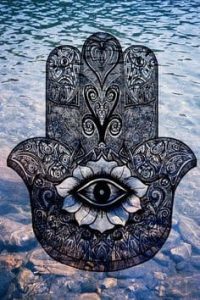 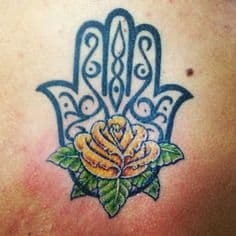 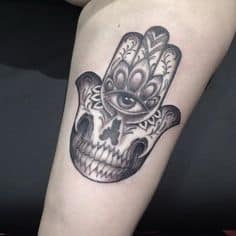 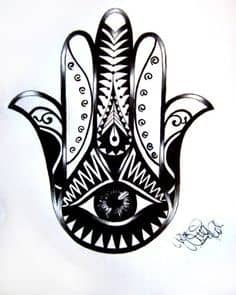 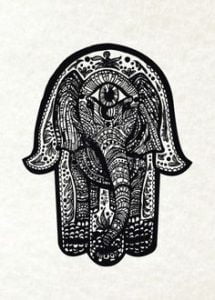 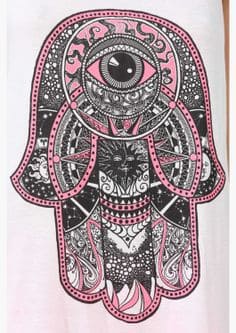 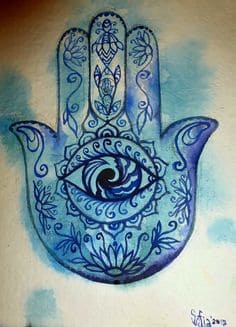 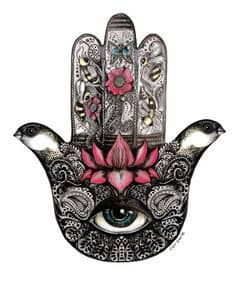 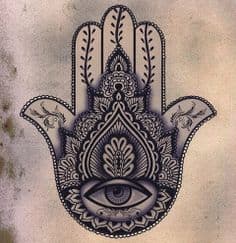 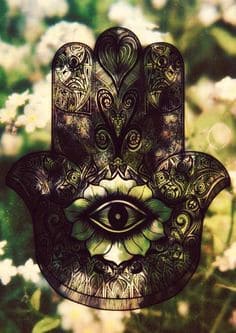 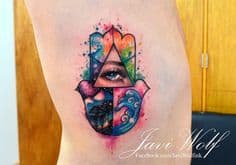 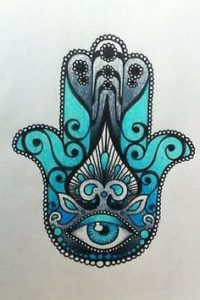 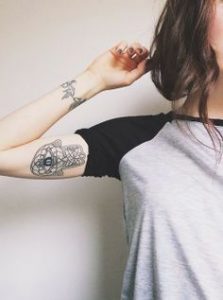 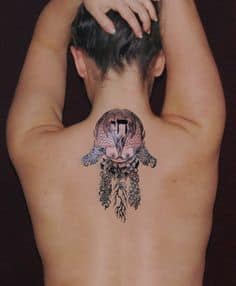 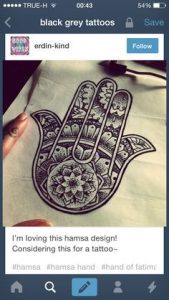