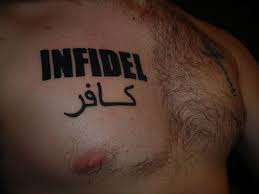 The infidel tattoo is a new craze around America and a few other countries. There are multiple ways to get these tattoos designed and the meanings can be slightly or completely different from person to person. Infidel tattoos certainly aren’t for everyone, but some people see them as a great way to “fight back” against those who oppose them. On this page we will take a look at some of the reasons why some folks do decide to get infidel tattoos and some of the different designs that they come in.

Another reason why someone might choose to get an infidel tattoo is because they want to use it as an atheist tattoo. Rather than looking at “infidel” as a bad word or something that offends them, they instead turn it around to show that they are proud to be “unbelievers.” Obviously this will be seen as an offensive tattoo to many people who see it since it seems to be mocking people who do have strong religious beliefs. However, people who do get the infidel tattoo for this reason aren’t necessarily doing so to put down other people’s beliefs, though there definitely are some people who do get them for that reason.

Unsurprisingly, people who served in the Middle East make up a very high percentage of the folks who get infidel tattoos. They have seen the hate that terrorists have first-hand and want to show that they take a lot of pride in being on the other side of that battle. These tattoos are usually in very visible spots on their bodies so everyone can see that they have no fear of anyone who would kill them simply because they have different beliefs.

One of the more common infidel tattoos is the “Kafir” text tattoo, which translates to “unbeliever” and is another way of calling someone an infidel. It seems like the reason why the Kafir tattoo is such a popular version of the infidel tattoo is because the symbol itself fits very well on the forearm or the leg. It is a horizontal script that can either fit on top of the arm or leg or even wrap around either body part.

Some people are very straightforward with their infidel tattoos and simply get “Infidel” tattooed on their skin. Some will even combine the Arabic script with the English version of the word to make sure that everyone knows exactly what the ink represents. It seems like the majority of these tattoos are placed on the chest, though they can just as easily be placed anywhere else on the body.

Even though most people opt to just get the script in their infidel tattoos, there are plenty of designs that include an image or two to make the design more unique. This is going to depend on how important the tattoo is to the person and whether they can come up with other images that can work with the text. If it’s going to be the person’s primary tattoo, then chances are they are going to fill in some space above, below or around the text with an image or two.

One design that some people include in their infidel tattoos is a soldier standing or fighting above or below the script. You can pretty much guarantee that anyone that does this is a soldier themselves and they want everyone to know that they fight or fought against the terrorists. In most cases the soldier will be made in silhouette form, though there certainly are some designs that have heavily detailed soldiers with the text.

An American flag can also be added to these infidel tattoo designs to make it clear that the owner is proud to be an American and will fight for people’s rights to be “unbelievers.” The flag is often used as a backdrop behind the text, but there are also some designs that have the flag waving above or below it. These could also be seen as patriotic tattoos, though not everyone sees them that way when they include the “infidel” text.

As we pointed out earlier, many infidel tattoos are placed on the forearm since these designs seem to fit there so perfectly. They are also commonly placed on the arm because the owners want to make sure that everyone can see it, especially anyone who fights on the other side. It’s supposed to show that they truly have no fear of anyone that sees them as the enemy or that want to cause harm to them.

In reality, though, you can have an infidel tattoo designed in a way to fit just about anywhere you want to place it. Since it is a text tattoo, you will want to make sure that it goes with the natural lines of the body so it is aesthetically pleasing. If you decide to add in more images, make sure that you account for those extra elements when you are making the design and picking a spot on your body to place the tat.

Infidel tattoos are definitely very controversial right now, but those who feel strongly about their beliefs might find these designs to be perfect for them. They are mostly very simple designs to make, but people who get them seem to think that they are about as meaningful as tattoos get. If you plan on getting an infidel tattoo, be sure to have a top artist create and apply the design for you. 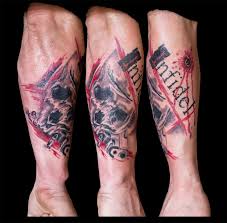 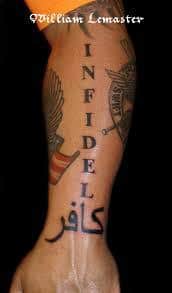 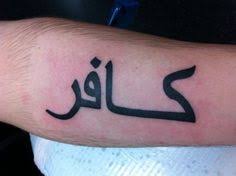 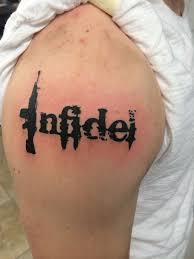 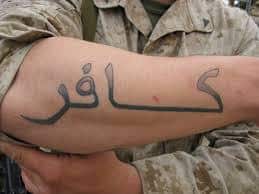 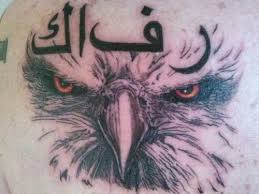 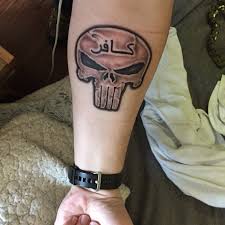 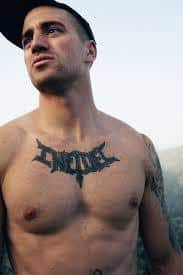 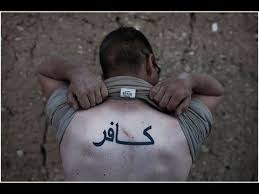 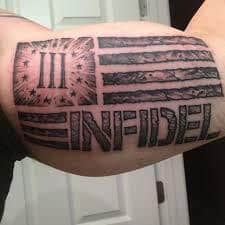 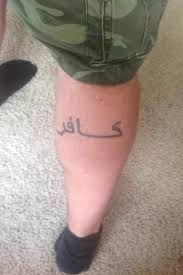