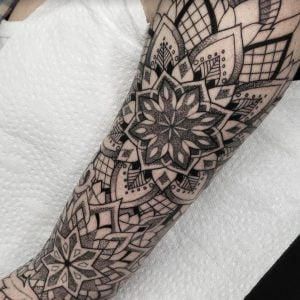 If you are looking for a tattoo, Knoxville is home to many talented tattoo artists. Knoxville is a hub for creativity and the tattoo artists that work in this great city are ready to give you a tattoo that is going to last you for years. If you search, the options are plentiful so we wanted to share some of the best artists in Knoxville to help you to make a decision. Reach out to one of these artists and set up a time to come talk to them. The tattoo industry in Knoxville is known to be professional and talent rich.

That said, don’t waste anymore time thinking about a tattoo. Reach out to the team at Tattoo SEO and we’ll help you find the artist that is right for you and what you’re looking for. Everyone has a specialty so let us help you by pointing you in the right direction. 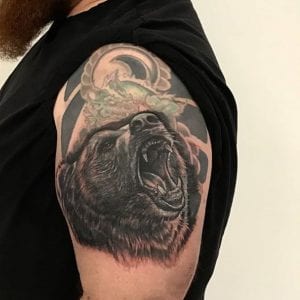 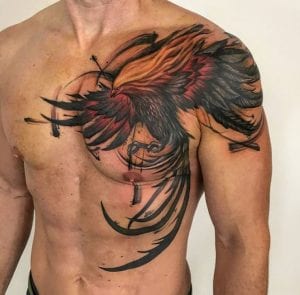 Tim Warner is a tattoo artist that specializes in illustrative tattoos. He also has a background in street art and fine oil painting, which makes him an extremely talented tattoo artist as well as being very versatile. Tim works by appointment only so don’t just stop in on him. If you like what you see in Tim’s portfolio, we suggest reaching out to him as soon as you can to set up a time for a consultation. 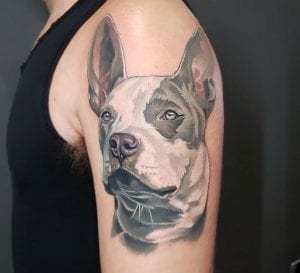 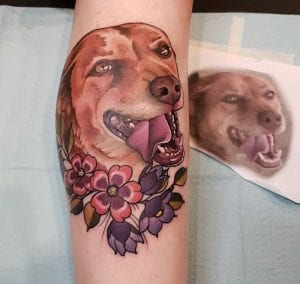 Jon Overton began tattooing in Knoxville, Tennessee back in 2008. He spent a few years in Florida honing his craft and then made his way back to the great state of Tennessee. Jon is an extremely talented tattoo artist that focuses on super bright color saturation and clean linework. One of his specialties is his watercolor interpretations and his pet portraits. This means that he is booked far in advance when it comes to these topics. When he isn’t in the tattoo shop knocking out beautiful work, Jon is hanging out with his dog watching Star Wars. Set up an appointment with Jon today and see what all the hype is about. 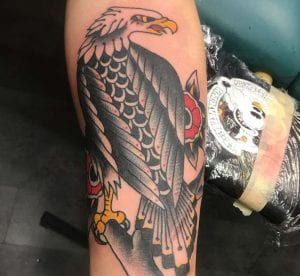 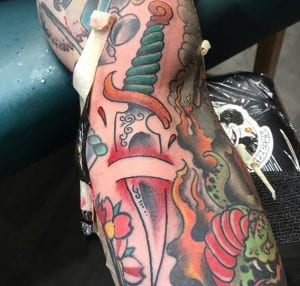 Doc Cooper started his tattooing journey back in 1996. He has tattooed all over the east side of the country and made his way to Maryland’s eastern shore in 2009 where you ended meeting and working with one of the best in the business; Krooked Ken. He returned to Knoxville in 2010 where he took over as the owner of Saint Tattoo in Knoxville. Ever since, Doc and his team have putting out quality work.

Doc’s style revolves around the American Traditional style of tattooing, but this isn’t all he is about. Doc is also well-versed in Japanese tattooing as well as other fine line works and bright color pieces. His books are filling up so don’t wait too long before reaching out. 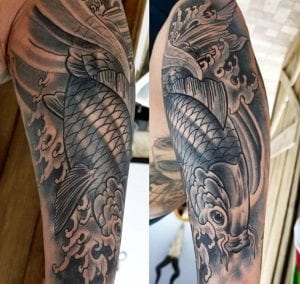 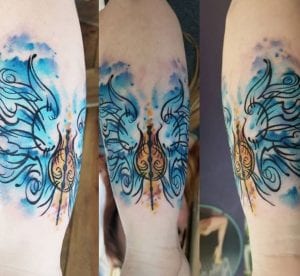 Lonnie has over 30 years of experience under his belt when it comes to tattooing. That said, he’s been around long enough to be very good in many styles. His goal is to take a custom design and make it work for the client he is working with. Providing a welcoming and clean environment that is a hub for creativity and friendliness is the goal and he does a great job of that. Lonnie is also a big proponent of fundraising and working with charities like the Tennessee Valley Humane Society and the Heroes and Hounds program to name a couple. Now that you know Lonnie is both talented and caring, don’t wait any longer before setting up an appointment with him. 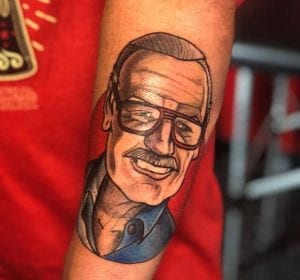 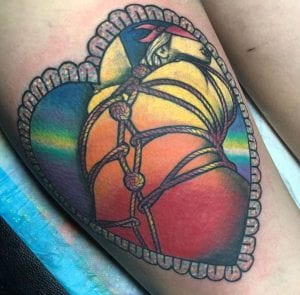 Jenni Rivera is a talented tattoo artist that has been in this industry for many years now. Because of her well-balanced portfolio, Jenni is highly sought after when it comes to tattooing. People are lining up to get in with her and if you look at her work, you can see why. Jenni specializes in many things. She knocks out both color and black & grey tattoos with ease. She is able to do many styles and it is hard for us to pin her down or lock her into one style. Her color work is bold but she also has a steady enough hand to work on those fine lines. We suggest taking a look at her portfolio and checking her out for yourself. 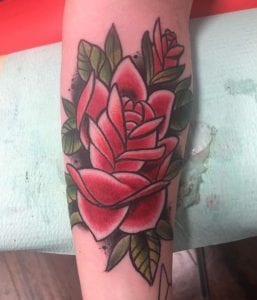 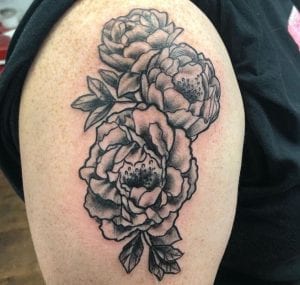 Corey Summers has been tattooing since the year 2000. That means he’s been doing this for a long time and he’s been doing it at high level as well. Corey has many talents and tattooing is one of his best. He specializes in a lot of styles. If you look through his portfolio, you’ll see American traditional, black & grey, floral, script, fine line, geometric, realism and new school tattoos to name a few. That said, there isn’t much that he isn’t able to do. There isn’t much that Corey isn’t able to do. Reach out to him and set up a time to meet. If you’re looking for a great tattoo, you won’t regret contacting Corey. 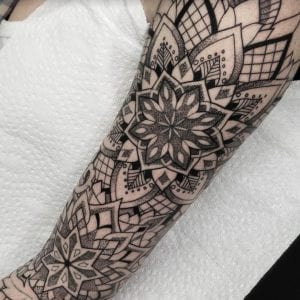 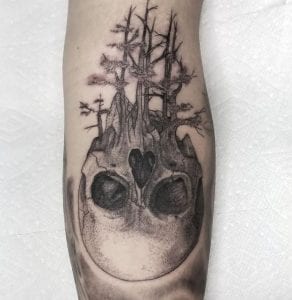 Rick’s interest in art began at a young age when as a child he lived above his mother’s art store, where she taught oil painting and he was constantly immersed in a creative environment. His tattoo career started in 2001 just outside of Chicago, IL where he abandoned a lucrative career as a mechanic to pursue his love of tattooing. After his apprenticeship he continued tattooing in the Chicago area until 2010, at which point he decided to travel the country in a quest to explore other techniques and expand his skill set.

Rick eventually landed in Knoxville, TN where he met his amazing wife and business partner, Lauren. He tattooed in Knoxville for four years when they both decided to hit the road again. They traveled doing guest spots across the U.S. in a vintage camper with their three dogs and landed in Austin, TX for a few years. Where They welcomed their amazing son, Griffin. Which prompted them to move back to Knoxville, TN to be closer to family.

Rick currently operates out of Purple Cloud Studios, located near the Great Smoky Mountains. The studio is an upscale private environment, available by appointment only. Rick mainly focuses on black and gray realism/surrealism but is open to color tattoos as well. He is excited to work with you on your next custom tattoo project.

Knoxville, Tennessee is a friendly, progressive and fast growing city that is accessible from the international waterways. You will find beauty beyond your imagination in Knoxville as it is located at the foothills of the Great Smokey Mountains National Park.

There is a great deal of diversity in culture in the Knoxiville, TN area. There are numerous major festivals and events that are held in this great city. These festivals and events celebrate various cultures, including Italian, Chinese, Greek, Black and Hispanic to name a few.

It’s also a great city to visit if you’re into having a lot of fun. Some of the most popular areas to visit while in Knoxville include the Waterfront area, Turkey Creek shopping area in West Knoxville and Market Square in downtown Knoxville.