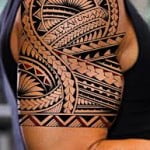 Maori tattoos are both beautiful and meaningful, which is why many people are very interested in understanding what these tattoos are. Some people assume that there is just one Maori tattoo meaning attached to all of these designs, but the truth is that these tattoos can have an assortment of meanings, just like with any other type of tattooing style. On this page we will take a look at the type of tattoos that the Maori make and some of the more common Maori tattoo meanings.

The Maori are a tribe of Polynesian peoples, native to Polynesia but settled in New Zealand for hundreds of years. As with most peoples from Polynesia, the Maori have very distinct tribal imagery that has been used for tattooing for centuries. Some people may look at them and think they are looking at the “tribal tattoos” that they’ve seen on people from all over the world, but these are quite different than all of the other tribal tats that are out there.

Maori tattoos are known as Moko, a sacred art that has been used to mark chiefs, warriors, and significant people in the Maori culture. The designs are incredibly significant to the Maori people and are not meant to be marked on non-Maori peoples. It’s actually considered to be quite disrespectful to get a Moko tattoo if you are not an important part of the tribe and the fact is that these designs are easily distinguishable from the rest by anyone from within the Maori tribe.

There is a type of Maori design, Kirituhi, which is commonly accepted as appropriate for all people as it is more general. These are the more popular designs that you will see on people who are out and about in society. Also, these are the designs to look into if you are interested in getting a Maori tattoo. Don’t worry; there are plenty of great meanings found in the classic Maori tattoo designs. Otherwise, the process of Ta Moko is restricted to proud Maori people who seek to display their culture.

Kirituhi tattooing is designed for anyone who takes interest in the line work of traditional Maori artwork. These images are usually much more detailed than Moko images and allow the artist a lot more freedom. Kirituhi tattoos can be small enough to fit on one arm, but more commonly they are seen covering the arms, chest, back, any other full body parts. Every inch of these tattoos has a different Maori tattoo meaning and there are many different symbols and types of line work seen throughout these types of designs.

Traditionally, Maori tattooing was done as scarring with bone chisels in order to mark the skin. Ink was applied to the effective wound afterwards, creating a tattoo. Those who are looking for a completely authentic Maori tattoo will sometimes seek out artists who still use those classic tools. However, most artists would tell you that’s a risky way of getting a tattoo and you can get pretty close to the same look by using the more modern methods.

The same patterns were used in more modern times, as well as today, with ink and needles, creating a similar look to tell the story that the marking was meant to. A couple of decades ago it might have been tough for tattooists to be able to replicate the full look of the Maori tattoo with their tools, but these days it isn’t really a problem. In fact, a lot of people think that Maori tattoos actually look a lot better with the modern tools since shading work has evolved so much over the last 10 or so years.

The Maori tattoo designs are most simply described as swirling lines of differing thicknesses, creating a wave-like pattern over the skin. Most often on the face, these tattoos are a map of the Maori’s life, including family history and social rank. The swirling lines tell an intricate story about the life and genealogy of the wearer. And this is why some people believe that it just doesn’t make sense for people of other ancestries to get Maori tattoos. Of course, some of the Maori tattoo meanings have more to do with the individual and less to do with family, and these are often the designs that non-Maori get in their tattoos.

Rather than images of animals, shells, or celestial bodies, the tattoos of the Maori were kept relatively simple, however the process, Ta Moko, is lengthy and incredibly painful. Although the tattoos are basically contour lines, the intricacy of the patterns created with the lines, swirling and circling around, renders a complex image. The personal history that is revealed in the patterns mirrors its complexity, displaying cultural and familial pride.

Spears are very commonly found in Maori tattoos because they represent the warriors of the tribe. The exact Maori tattoo meanings attached to spears are courage and strength, which are meanings that most people would love to include in these designs. Some people will include spears to show that they have a warrior’s spirit, while others will include these images to show that they want to be more courageous in their lives and they want to have the strength to face the toughest obstacles.

Another very popular Maori tattoo is the ocean, which symbolizes mystery, death, as well as power. These are great Maori tattoo meanings to use for anyone who wants people to wonder who they are when they see their tattoo. That mix of “power” and mystery” in a single tattoo element is definitely rare, so it is a very cool symbol to include in the design if it works for you.

The spirals themselves have some very cool Maori tattoo meanings. Every spiral that you see in one of these designs represents a new path that the owner is going down. For example, when someone has a child they might add a new spiral to their Maori tattoo. You can also add in new spirals when someone has passed away or you have taken on a new job. The spirals can actually represent any type of change in your life, which is why people who include these spirals often have quite a few scattered throughout the designs.

Those looking to find a Maori tattoo meaning for a family tattoo will usually include a turtle or a turtle shell in their designs. Turtles symbolize family, health and harmony in Maori culture, and those are three meanings that plenty of people would love to have attached to their tattoos. Plus, those who already love turtles will find this to be a no-brainer. Of course, you can also use the classic turtle tattoo meanings that come along with all turtle tats, namely “protection.”

Unfortunately, a lot of people get their Maori tattoos not for the meanings that are attached to these designs, but instead just because they think they look good. That is never a good enough reason to get one of these tats because those people will often regret their decision later on. It’s okay to like Maori tattoos for their looks, but be sure that you find some meaningful Maori images to include in your tat to make it as meaningful as you can.

Hopefully you now have a better understanding of what Maori tattoos are and some of the cool meanings attached to these tattoos. No, they are not for everyone, but those looking to get a very nice-looking and meaningful tribal tattoo should definitely look into getting a Maori tattoo designed on their skin. If you are interested in Maori tattoos, be sure that you really think about what you want to include in the design and then find an artist who has a lot of experience making tribal tattoos. 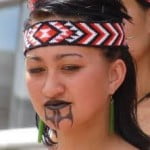 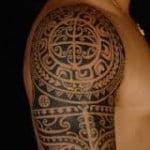 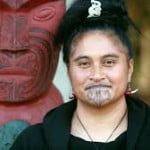 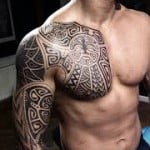 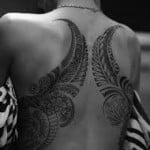 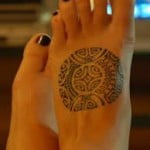 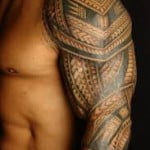 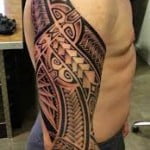 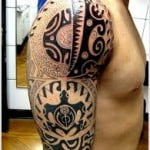