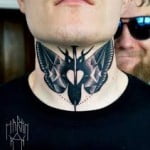 There are a lot of insects on the planet that are fascinating and have a great deal of symbolism. Trying to figure out which one to get that represents you and still looks great isn’t an easy choice to be had. If we are being honest, there are a lot of different insects out there that just look bad ass and would make a great choice but to find the one that symbolizes the kind of person you are or what you hope to represent isn’t as easy. However, one insect that we are big fans of that hold a great deal of meaning is the moth. Yes, that same moth that flies into your face at night if you are standing under a porch light. These insects are a popular subject for a tattoo as well and that is what we are going to talk about today.

The moth tattoo is one that is very popular in American traditional tattooing and we will talk about why that is the case. Without knowing the history of the moth in tattooing, they just seem to fit in that style of tattooing. Not that it is the only style the moth should be inked in, but it looks great in that style.

In this post we are going to talk about the moth and the history of this fascinating insect. We will also delve into the moth tattoo meaning and what it symbolizes for those that get the moth tattoo inked on their bodies. We also discuss some of the different moth tattoo variations that we have seen if they symbolize something new. We hope this post is informative to you and that it helps you to understand the symbolism of the moth tattoo.

The moth is a nocturnal winged insect that gestates within a cocoon until fully developed. They are an ancient group of insects with hundreds of thousands of species around the world. As a prehistoric family, the moth is highly tuned to the flow of the earth and the moon.

Moths are thought to use the light of the moon as a compass to navigate their flight. This quality makes them an ideal symbol to represent an inclination towards nature and the rhythm of the universe. Someone who gets a moth tattoo for this reason might want to show other people that they have goals set in their mind and they will not be knocked off course.

Moths have evolved over millions of years, sprouting forth around the Jurassic period, evolving as the dinosaurs eventually died out. Their primitive status lends them a spiritual character that allows the belief that moths bring premonitory messages. This is a great tattoo meaning since it means that the owner is resilient and is willing to go through the tough times because they know that they can survive them and that good times are always right around the corner.

They are often seen as ominous, appearing only at night, fluttering out of the darkness towards the light. Someone who sees themselves as night owls might get the moth tattoo to use this meaning. They don’t necessarily have to be insomniacs, though that would be yet another reason to get some type of moth tattoo design.

As an omen, moths can be either positive or negative, signifying an opportunity or warning for the future. Someone who uses this moth tattoo meaning might be the type of person who wants to remind themselves that good things are always around the corner. Conversely, they might get the moth tattoo so they never forget that death is right around the corner so they have to make the most of every minute on earth.

Because they transform from larvae to moths, they are a representation of metamorphosis. This is the perfect moth tattoo meaning to use when someone wants to experience everything that they can. They can look at the tattoo whenever they need to be reminded that they can stay stagnant. This is one of many inspirational tattoo meanings, but it’s certainly one of the most popular.

As an image, they are a great symbol of change and resistance to hardship due to their protective cocoon. In this way, butterflies are often a symbol of rebirth, but because of their nocturnal status, moths have become symbols of rebirth through death. A moth tattoo with this meaning will often be accompanied with someone’s name to show that even though they died they will not be forgotten. A moth tattoo could also represent someone carrying on the bloodline of a loved one.

The coloring of moths has evolved over thousands of years to better camouflage themselves from predators. The intricate patterns and dark colors in this way become an icon of protection, rendering the insect undetectable to its rapacious enemies. This is obviously a cool tattoo meaning because people want to feel protected and they don’t want tough obstacles getting in the way of their dreams. This is one of those moth tattoo meanings that people use long after they get the tattoo.

Additionally, the patterns on moths are a product of evolution, a testament to the complexities of natural selection as the design became more like its surroundings. The adaptability of nature is seen in the moth in this way. When someone gets a moth tattoo to represent adaptation, they are usually adventurous and want to show that they are willing to adjust to new environments as they move through their lives.

The moth as an icon is a symbol of transformation, metamorphosis. As an image, it serves as a harbinger of change and an omen of regeneration. In this way, the moth tattoo can represent someone getting over a tough time in their lives. For example, someone who lost a job or is trying to start a new chapter in their lives might get a moth tattoo to show that they are ready.

As far as colors go, the most common moth tattoos are found in black or black and gray. However, since moths do come in so many shades, some people will choose to get their favorite moth color or they will instead choose to use their personal favorite. Either way, the moth tattoo does not lose any meaning when color is added, but the owner of a moth tattoo could add in some meaning with the color that they choose.

One of the more impressive facts about the moth is its ability to impersonate other animals. They do this as a defense mechanism so other animals will think they are something else that they shouldn’t eat. They sometimes will look like a praying mantis, tarantulas or wasps. Some moths even impersonate bird waste.

However, for those that think that moths don’t have a purpose in the world, they couldn’t be more mistaken. Moths are very important pollinators in the world. There are some moths are pests in the world like the corn earworm, however, many of the others are big time pollinators. The hairy body of the moth makes them great pollinators as a lot of pollen attaches to the hair. Plants like the yucca plant are one of the more popular plants to be pollinated by the moth because of their strong fragrance. When the have a strong fragrance, it makes them easier to find at night by the moths. On the other hand, some moths pollinate during the day like the Hummingbird moth that will hover over the flower and their long tounges in the flower to eats. Some of the more popular plants pollinated by the Hummingbird moth are the verbena, honeysuckle and bee balm.

Unfortunately for some moths, they don’t even eat. The adult Luna moth lives for about a week, which is just long enough to mate and lay eggs, and dies. They don’t even have a mouth so their sole purpose in life is to breed and lay eggs.

As you can see, there are plenty of moth tattoo meanings to choose from, which is why they are very popular designs these days. Even more meanings can be added to these tattoos by combining other designs with the moth. 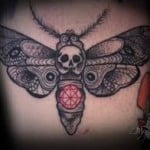 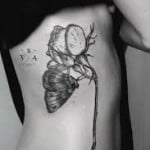 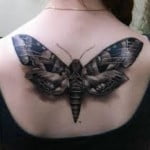 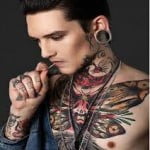 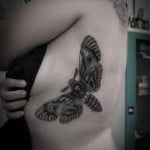 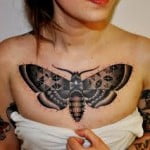 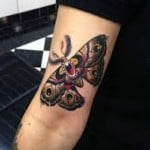 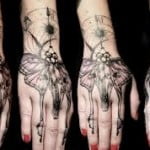 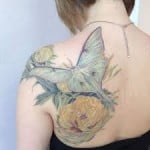 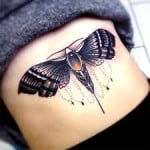