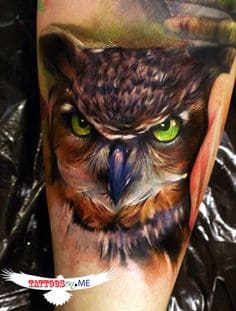 The owl is a beautiful, unique-looking animal so it’s no surprise that plenty of people have gotten an owl tattoo or plan to. What many people don’t realize, though, is that the owl tattoo has a bunch of fantastic meanings. On this page we will go over some of the most popular owl tattoo meanings and owl symbolism.

The owl is often associated with knowledge and wisdom. In most cases you will find that people will use these two meanings, but whether they are the primary owl tattoo meanings depends on the person. Outsiders will naturally see the owl and assume that the owner of the tat is someone who either seeks wisdom or dishes it out regardless of whether or not that is the reason the person got their owl tattoo. This is something to keep in mind if you do want to get one of these designs.

Owls have been thought of as magical and mysterious creatures as well. In western and central Europe during medieval times, owls were thought to be witches and wizards in disguise. This fable is what sparked the linking of the owl with the world of magic and wizardry. There are quite a few tattoo designs out there to choose from if you want to use the mysterious meanings, but there aren’t too many that look as great as the owl tattoo. It’s one of those “cool” tattoos that is recognized for having those mysterious properties. You can add in a few more design elements around the owl to make the meaning a bit clearer, but it’s definitely not necessary since the owl exudes mystery.

Owls are a nocturnal member of the Srigiformes group of birds. They sleep during the day and are awake at night. “Night owls” – people who do most of their living at night while everyone else is asleep – might find the owl to be a great design for them. If you do want to get the owl tattoo for this meaning, it might be a good idea to add in a night scene around the owl so the meaning shines through a bit more.

Owls typically eat a mixed diet of small birds and insects. While this does not add in any more meaning to an owl tattoo, you can definitely get a couple of their prey with your tattoo for a more striking effect. You can also get these extra images if you want to get a more aggressive-looking owl tattoo.

In Greek mythology the owl is sacred to Athena, the goddess of learning. If you are interested in getting a mythological tattoo, you really can’t do too much better than this. In one tattoo design you are getting the goddess of learning with an animal that represents wisdom and mysteriousness, among other things. On top of that, with the right artist you can get an extremely cool-looking tattoo of a fantastic looking owl with a goddess!

The owl is also depicted on Greco-Roman currency. The owl featured on old Greek and Roman coins is a classic profile image of a bird with no irises looking straight out. If you have Greek or Roman heritage, the coin or just the image on the coin would be an excellent tattoo idea. Of course, you can always use any of the other owl tattoo meanings listed on this page with that tat, too!

Ancient Egyptian, Celtic and Hindu cultures revered the owl as a guardian of the underworld and protector of the dead. This makes the owl tattoo a good one to get if you wanted to add in some extra design elements to a memorial tattoo. For example, you could get a loved one’s name and flowers as one part of the tattoo, and owls flying around it showing that they are protected.

As previously stated owls are often associated with magic so you can opt to add stars or the moon or other whimsical details to make a fantastic fantasy piece. These tattoos are usually less about the meaning and more about making unique and striking designs. If you want to get a fantasy tattoo design, owls can usually make them pop just a bit more.

With the representation of knowledge and wisdom, the owl would make a great tattoo for someone in a teaching or educational career or even someone who is embarking on a mission to further their education. It’s one of those animal tattoo designs that you can look at and quickly remember why you do what you do.

Another popular owl tattoo meaning is freedom since this bird seems to do what it wants, when it wants. There are a lot of different tattoo designs that you can use to represent your freedom, but the owl has that striking look that many people are looking for. Of course, you can always mix in some other cool designs to really bring that “freedom” meaning home.

The shape of the owl is one of the most recognizable in the bird family. A lot of people know they want to get a bird tattoo and end up choosing the owl because it is so recognizable. It looks both menacing and peaceful, which is yet another reason why it works so well for so many people.

Because there are over 200 species of owl there are many options available for a tattoo. The most common ones used in tattoo designs feature birds that have a physical trait that makes them easily identifiable. For example, the Great Horned Owl has distinctive ears (“horns”) and large yellow eyes that make for very nice design elements. Barn Owls make for excellent love tattoos since their faces are heart-shaped.

Other popular owl tattoo choices include: the Snowy Owl, which is graceful and elegant and has white plumage; the Long-eared Owl, which is known for, well, its long ears; and the elf owls, which are known for looking like baby owls no matter how old they are.

One of the reasons why the owl tattoo has shot up in popularity over the years is because you can be pretty sure that it is going to look fantastic regardless of the design. Even though owls aren’t talked about a lot, it seems like everyone is impressed with their looks and the way that they carry themselves. It’s both a beautiful bird and one that most of us are happy to share the world with.

Another reason why the owl is so popular in tattoo form is because it is one of those rare animal tattoos that can be placed anywhere on your body. Because it has such a distinctive look, you can even get away with putting just its eyes and a few more details on your hand if you wanted to. You’re really not limited to a few design options like you are with so many other animal tattoos. But that also means it might take a little longer to commit to an owl tattoo meaning and a design when it comes time to get one.

The owl tattoo looks great on both men and women and it has meanings that work very well for both sexes. As we mentioned earlier, they come in dozens of colors and they can be anything from love tattoos to mysterious tats. These reasons, as well as all of the other reasons listed above, are why the owl tattoo should continue to get more and more popular.

It is recommended to look through nature books and images to help narrow down and perfect which species you would like to have permanently etched on your body. Most of the owl species share the same tattoo meanings, but many of them have very distinctive looks and you’ll want to choose one that works great as a tattoo and that you will love having on your for the rest of your days. It’s not an easy decision, but that’s actually a good thing when it comes to picking out a great tattoo. You want to have patience and choose the best owl tattoo for you! 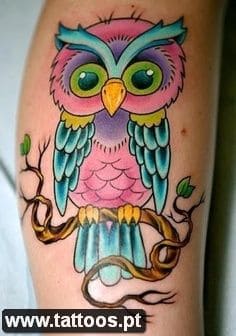 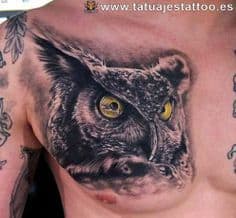 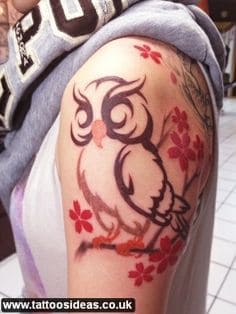 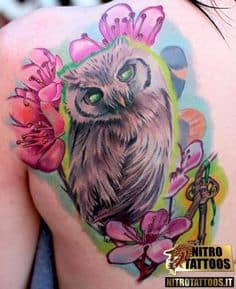 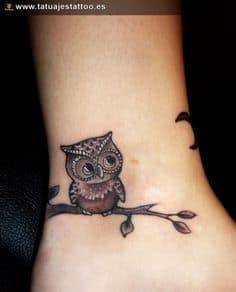 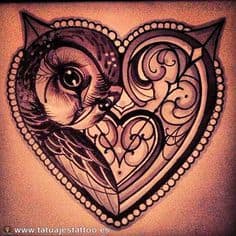 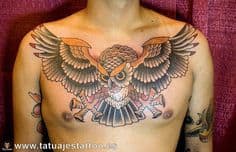 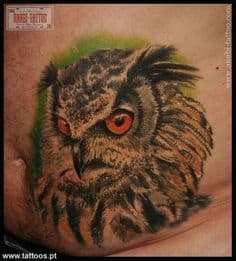 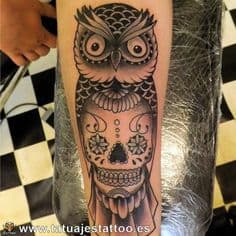 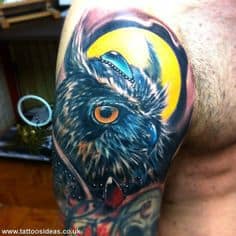 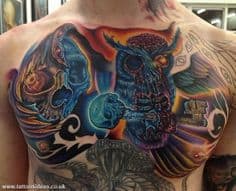 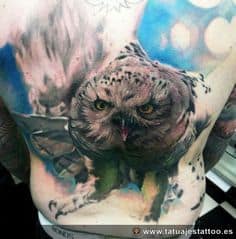 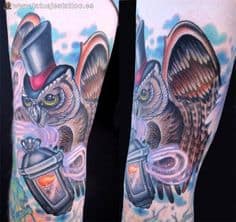 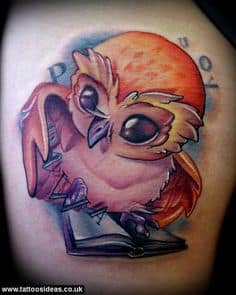