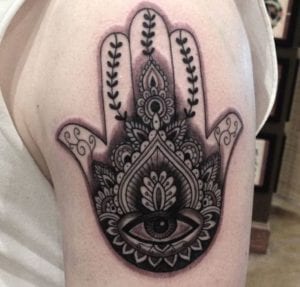 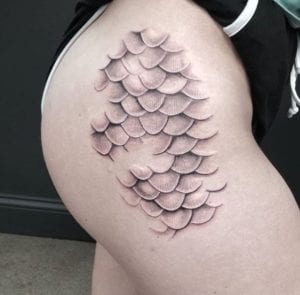 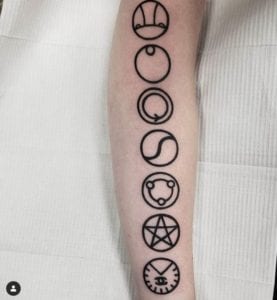 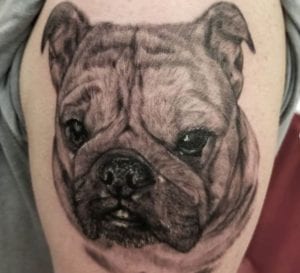 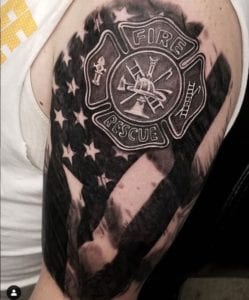 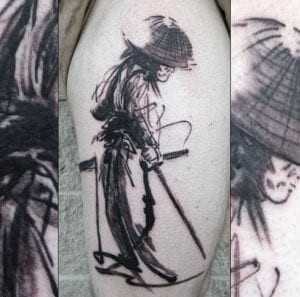 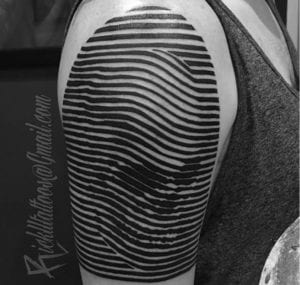 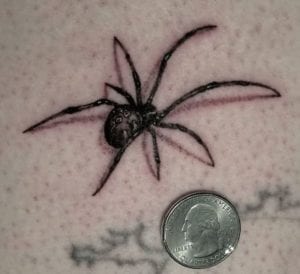 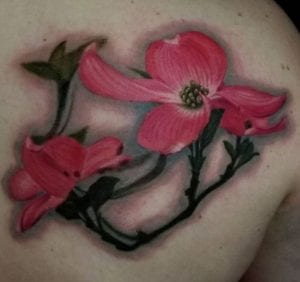 Profile: Rick’s interest in art began at a young age when as a child he lived above his mother’s art store, where she taught oil painting and he was constantly immersed in a creative environment. His tattoo career started in 2001 just outside of Chicago, IL where he abandoned a lucrative career as a mechanic to pursue his love of tattooing. After his apprenticeship he continued tattooing in the Chicago area until 2010, at which point he decided to travel the country in a quest to explore other techniques and expand his skill set.

Rick eventually landed in Knoxville, TN where he met his amazing wife and business partner, Lauren. He tattooed in Knoxville for four years when they both decided to hit the road again. They traveled doing guest spots across the U.S. in a vintage camper with their three dogs and landed in Austin, TX for a few years. Where They welcomed their amazing son, Griffin. Which prompted them to move back to Knoxville, TN to be closer to family.

Rick currently operates out of Purple Cloud Studios, located near the Great Smoky Mountains. The studio is an upscale private environment, available by appointment only. Rick mainly focuses on black and gray realism/surrealism but is open to color tattoos as well. He is excited to work with you on your next custom tattoo project.