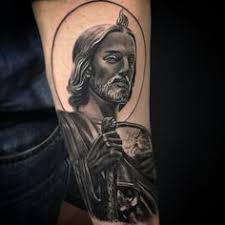 Judas Thaddaeus was known as one of the 12 Apostles of Jesus from the bible. He is known by many names including Jude Thaddaeus, Thaddeaus, Jude, Judas Thaddaeus and Lebbaeus. Some have argued he was the brother of Jesus and the author of the Book of Jude in the bible but that is not accepted worldwide. The most widely accepted characterization of Jude Thaddeus he was one of Jesus’s 12 Apostles and a different Jude than the one that betrayed Jesus. Catholic tradition seems to error on the side that says all variations of Jude Thaddeus are the same person and the one that betrayed Jesus. On the other hand, Protestants tend to believe they were two different people.

Not much is known of Jude Thaddeus’ early life. Most will agree he was born around the same area of Galilee as was Jesus. This area is now a section of the northern part of Israel and to the south of Lebanon. Some also believe that Judas was the cousin of Jesus and say his mother was the sister of the Virgin Mary. Like many of the disciples of Jesus, Jude also preached the word of God in places like Mesopotamia, Libya, Syria, Idumaea, Sumaria and Judea.

Judas Thaddeus died a martyr at around 65 CE in Beirut which, at the time, was a province of Syria. Others say he was executed in Persia but one thing most will agree on is that he was beheaded by ax and that is why you’ll see the ax in most artwork that is depicting Judas. His body was taken to St. Peter’s basilica and his remains still reside in this location. If you’re ever to visit, you can find his remains in the left transept under the main alter of Saint Joseph. He was buried with Simon the Zealot whom he was also martyred with. However, one thing that everyone will agree on is that not everyone agrees on the history of the Patron Saint of Lost Causes.

Many hospitals around the world have been named after Saint Jude, most notably St. Jude Children’s Research Hospital. In addition, the Chicago Police department has taken Saint Jude as their patron saint.

So, the question remains, why is San Judas Tadeo (or Saint Judas Thaddeus) such a popular tattoo across the world and more specifically, in Hispanic cultures? Judas Thaddeus is the Saint of Lost Causes and when most people here the name Judas, they think of Judas Iscariot who betrayed Jesus. This being said, one must have been desperate to invoke the name of the man who betrayed the lord. It is also said because of the confusion of who Judas was and because of the history linked to him, not many would be invoking him and therefore Judas was waiting to hear prayers and could get back to them faster than most. However, as we stated previously, there is so much confusion about who Judas really is that people may be praying to the wrong one.

Another reason Judas is referred to as the Patron Saint of lost Causes is because he was also in desperate situations along the way. Sometime around the year 60 A.D., Saint Judas Thaddeus wrote a letter the Eastern churches that were home to many recent Christian converts under persecution. He warned them about others spreading false truths about the Christian faith. Saint Jude encouraged those under persecution to stay strong in the face of hard times just as their forefathers had to do in dangerous times. He also encouraged them to keep faith keep loving God. Therefore, this is also one of the reasons he was known as the patron saint of lost or desperate causes.

As previously stated, you’ll tend to see many people donning the image of Saint Judas Thaddeus on their body. They do this for so many reasons but for the most part, the people tattooing this image are in desperate situations or know others in dire situations. This symbol is a cry for help.
You’ll also find the San Judas Tadeo tattoo is a popular prison tattoo. It goes without saying but many people that have been locked up and sent away to prison could be considered lost causes or in desperate situations. By tattooing the image of this saint on their person is time tested prayer that will always be visible.

People have also been known to pray to or tattoo this saint on their body in times of financial need. We all know people that are struggling with money and would do anything to change the current cycle they are in. Saint Judas Thaddeus can be the last hope for people struggling to survive so it is understandable that people would try to invoke any help they can get so they can escape the trouble of their lives.

The main idea to take away from all this is people that get the San Judas Tadeo tattoo or pray to the same man are people that feel they have been forgotten. The sick and poor, those in need of jobs, people in need of community and love; these are the people that would reach out to even the most obscure entities for help as any of us would. In their desperate times, not many will help or even give them the time of day and therefore the Saint of Lost Causes or San Judas Tadeo is such a popular symbol.

Take a look at the San Judas Tadeo Tattoos we’ve shown below. Hopefully you can gather some ideas and if you still need a little guidance, reach out to us and we will be happy to help. 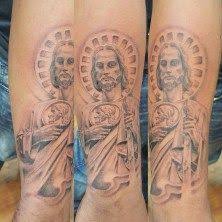 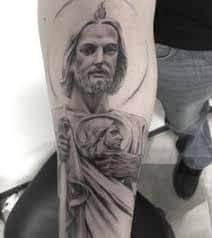 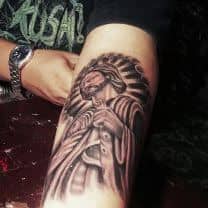 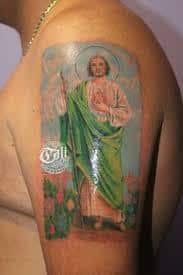 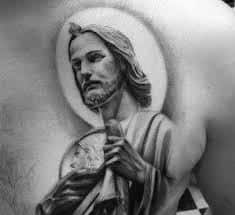 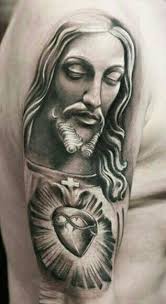 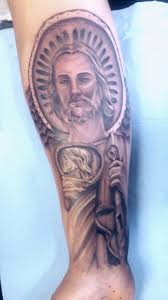 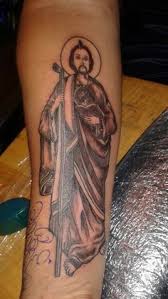 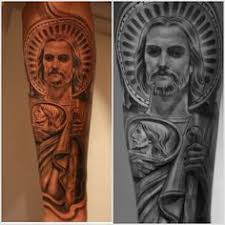 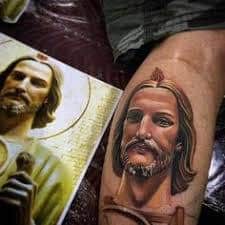 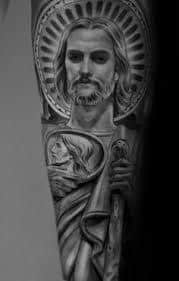 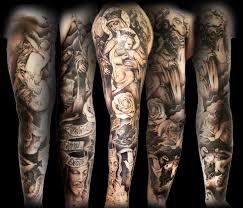 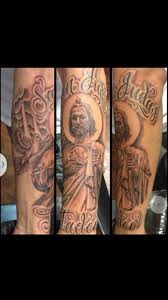 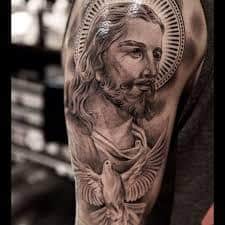 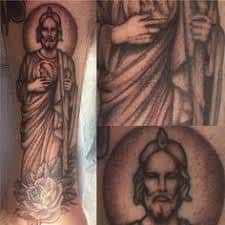 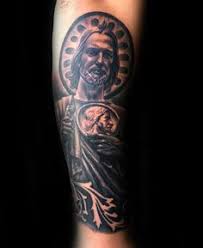 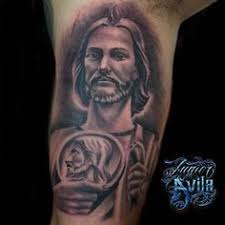 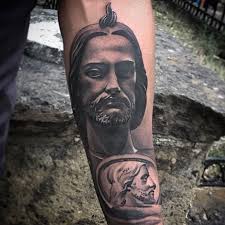 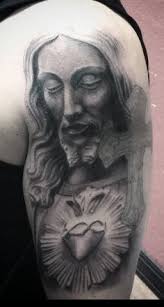 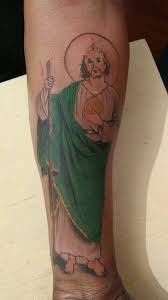 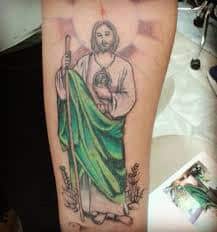 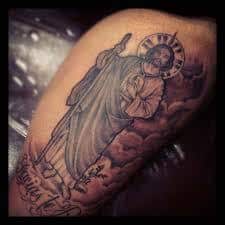 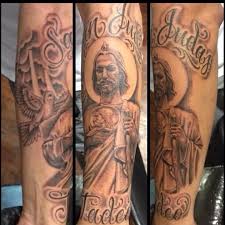 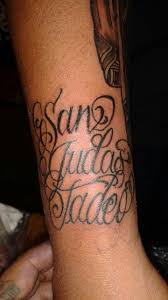 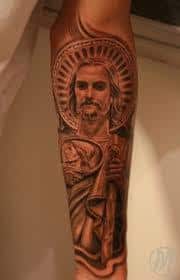