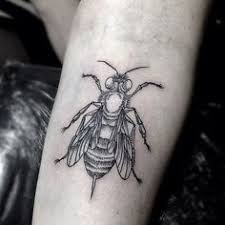 When it comes to insect tattoos, the possibilities are endless. There are probably a million different insects in this world and just like other objects and animals, there are a lot of specific meanings depending on the insect’s characteristics. This is why the insect tattoo is so popular.

Some people just love insects and some love what they represent. What we know for sure is that when they are tattooed by the right person, they look great. In this post we are going to talk about some of the more popular insect tattoos and talk about what they mean. All of the meanings for these tattoos are up to the tattoo enthusiast with it inked on their body, but we will get into some of the more common ideas behind the images.

By the end of this article, we hope you have some good ideas for your next insect tattoo. These are some of the more popular options, but there are many more so if you aren’t into these ideas, you should be able to find some more pretty easily.

Below are some of those variations of the insect tattoos we were talking about. There are thousands of different options when you talk about insects in general terms so check out some of the more popular choices and the meanings behind those choices.

So, what is the meaning of the bee tattoo? Depending on who you talk to, it might mean different things. However, there are some characteristics about bees that we know are used when getting a bee tattoo. All bees are very productive. They do not get sidetracked from what their goals are for the day and they stay focused. This is a great quality to have and many people need the reminder to stay productive and focused on the goal.

Bees are also very important pollinators in the world. In this way, the bee tattoo can also be seen as a symbol of fertility. Their movement from one flower to the next represents the connection between living things.

The beetle tattoo is a powerful one. The beetle has symbolism that goes far back in time. In Ancient Egypt, the beetle was a powerful symbol. It was known to be the receiver of prayers for those seeking Divine Intervention. The Scarab is the beetle most well known to those that follow Egyptian lore.

The Scarab was believed to be a symbol of the Sun God. Just like the dung beetle that rolls the ball across the land, it is said that the Sun God, Atum, pushes the sun across the sky everyday from sun up to sun down.

Outside of Egyptian lore, the beetle is said to be a symbol of good luck so in that way, the beetle tattoo has many positive meanings.

The butterfly tattoo is something that you might see any many 18 year old girls that think the butterfly is pretty. It seems to be a popular choice and the reasons are obvious to us. Butterflies are beautiful and fly with the kind of grace that only a butterfly can have. The people that get the butterfly tattoo might want to represent a sort of beauty or grace.

A quick list of what the moth tattoo symbolizes include vulnerability, intuition, attraction, determination, concealment, subtlety and faith.

Even we watch the moth fly instinctively toward the light, the moth represents determination and faith. There is no short answer as to why moths are attracted to the light but the best idea is that the moth moves by lunar light. When the moon is absent, the next best thing to follow is the light made by man. They do this even at the risk of losing their life. This could be a lesson to us to follow what we believe in but to be wary of what is on the other end.

The dragonfly tattoo is said to have many meanings. Many say it is a representation of depth of character and maturity. In almost all parts of the world, the dragonfly is a symbol of change and change in how we see ourselves. This sort of change has a connection with a deeper understanding of life and emotional maturity.

Another connection with having a deeper understanding of your life is how the dragonfly is associated with water. The dragonfly floats along the water and can be seen as an act of looking beyond the obvious or what is on the surface.

Even though many of you haven’t seen a cicada in person, the sounds they make cannot be mistaken with any other animal. The sound that thousands of cicadas make together can be almost deafening and with such a powerful skill like that, you can assume that many people get a cicada tattoo as well.

The primary ideas behind the cicada tattoo represent rebirth, transformation, renewal and personal change. Unlike many insects, the cicada doesn’t have a pupal state. The move from one fully functioning body to the next. This transformation can be compared to the way that humans change. The change may not physically look any different but there has been a change and the cicada tattoo is a great way to represent that.

That being said, you can go in so many other directions with an insect tattoo. Just make sure the artist you choose has some experience in what you are looking for and if you need a hand in deciding, reach out to us because we’d love to help you find an artist that works for you.